King's Sandwich Shop owner TJ McDermott left me a voice mail on Friday letting me know that WTVD ABC 11 was running a package on Saturday morning focused on the renovation of the Geer and Foster landmark, which re-opened last year.

Endangered Durham's Gary Kueber (who provides some background and context on historic renovation in the segment) featured this video up at his place, and I wanted to share it here, even as I imagine our blog readerships largely overlap. Still, this is too good a watch to miss.

I had seen the videographer at one of King's early opening dates, and understood then that the station was tracking the rehab of the eatery over time. The result is a nice, three and a half minute look at the return of a special place in our Bull City.

Saturday's time to get down on one knee and "Marry Durham" There's no other town in the Triangle that would, could, should ever try to do a quirky, crazy event like tomorrow's "Marry Durham" fête, scheduled for 4pm tomorrow near the corner of Rigsbee and Geer downtown.

But then, isn't that why so many of us who live here love it so much?

From the town (and some of the same people) that brought you the Beaver Queen Pageant, this weekend's the time for the Bull City's first-ever mun-uptuals (municipal nuptuals, natch).

Look, for all of Durham's once-and-sometimes-still urban underdog reputation, our fair city's come a long way in recent years. I've only been here since around 2005, and the difference is still impressive to me. And when I talk to those who've been around since the 1990s, 1980s or earlier, I get an even stronger reaction.

In that vein, tomorrow's little wedding celebration might seem to be just a celebration of the fact that the Bull City's still, well, rising.

But it seems to me to be more than that, too. It's about more than a simple affinity for one's community of choice; it's about, fittingly, the passion and committment that Durhamites seem to feel for their home.

Downtown Durham and the wisdom of the crowds: When does more become too much?

“Nobody goes there any more. It’s too crowded,” famed Yankee Yogi Berra was reputed to have said of a certain popular restaurant.

With Bull City Burger and Brewery set to debut in a week's time, and a new beer garden expected to open in the Central Park area in the spring, Durham’s once-desolate downtown is becoming more and more of a dining and drinking destination. That’s not even factoring in plans for developing Five Points, which could boast three new eateries by the close of 2012.

But is Durham approaching the point where addition becomes subtraction? Might Berra’s paradox soon become a fitting epitaph for Bill Kalkhof’s favorite district?

So wondered this correspondent, who proceeded to pitch a pair of hypotheses to some central city spokespeople.

The first scenario will ring a bell with most anyone who’s ever tried to visit Manhattan by automobile. Will downtown development draw so many people that parking becomes a major hassle? (You may identify with this if you’ve ever sought a spot for your car near Rigsbee and Geer when Fullsteam and Motorco are both pulling large crowds.)

The second scenario: Could so many businesses — especially restaurants and bars — open in Durham’s core that there simply aren’t enough customers to go around?

Continue reading "Downtown Durham and the wisdom of the crowds: When does more become too much? " »

One of Durham’s barbecue institutions will serve its last meal on Friday.

“The economy,” explained Wilma Dillard, owner of the restaurant bearing her family’s surname. “The economy. I can’t keep up.”

The business at 3921 Fayetteville St. began as a mom-and-pop grocery in 1953; next door, in what is now a dining room, Dillard’s mother ran a beauty salon. About 10 years after the store opened, it began selling barbecue sandwiches. A transition to full-fledged food service followed.

Dillard herself graduated from Hillside High School and North Carolina Central University before becoming a special education teacher at Rogers-Herr Middle School. She joined the family business some 14 years ago following her father’s death.

“I grew up here,” Dillard said as the restaurant’s lunch shift drew to a close Tuesday afternoon. “I thought I was grown up when I got here, but I had a lot to learn.”

We noted here earlier this year that a developer with Wilmington ties is planning to renovate and add a rooftop level to the former Penny Furniture store at Five Points -- proposing, in the process, a mid-block traffic circle on Morris St., which would see a partial two-way traffic flow between the restaurant and the downtown loop.

Now we know a bit more about the project. Bull City firm Center Studio Architecture has asked the Historic Preservation Commission to approve a refurbishment and addition at 108 Morris St, documents filed this week at the City-County Planning Department show. John Fife Jr. of Wilmington is serving as point person for the developer, a corporation called G3 Durham.

The restaurant should be able to seat at least 200, Center Studio partner Scott Harmon told BCR. Diners will be able to choose from a wide variety of decor and cuisine.

“It’s intended to [have] three distinct personalities,” Harmon said. “It’s meant to feel like three separate spaces with feelings and focus, but all served from the same kitchen.”

And that kitchen? “It’s got everything under the sun... It’s going to be a pretty comprehensive menu,” Harmon said.

He would not divulge the name of the restaurateur, and he said his only knowledge of the restaurant concept and cuisine came from reviewing the kitchen design. Fife declined requests for an interview, as did officials at Greenfire Development, which controls the property.

In January, Fife told a Partners Against Crime District 5 meeting that a local restaurateur interested in joining the expanding downtown dining scene is attached to the project.

Judging from the keen interest last year when the news first broke that Wine Authorities co-owner Seth Gross would be launching Bull City Burger and Brewery on Parrish St., there are plenty of Durhamites (and Triangle foodies generally) eager to see the new venture launch.

And that wait is nearly over. Bull City Burger and Brewery is set to launch on Monday, March 21 in the under-renovation space just east of Mangum St., around the corner from Dos Perros.

When we visited last week, construction crews were just wrapping up work in the space; the bar, composed of fenced-in rocks, was in place; brewery tanks were in place, while the glass partition wall separating them from the restaurant itself was being installed; and crews were attending to a wide range of punchlist items to be completed before the restaurant's debut.

That BCB&B is launching inside an historic building repurposed here as a restaurant is fitting for the venture, which Gross passionately describes as being not just about great food and beers, but about sustainability and locally-sourced food, too.

Little has dominated discussions at the American Tobacco rumor-mill as much as the subject of what would become of the old Cafe Zen space.

The iffy Asian bistro folded almost one year ago today, leaving the space in the first floor of the Crowe Bldg. vacant. And save for construction traffic and storage during the American Underground renovations, vacant it has remained.

The first really intriguing rumor held that Tyler's might want to use the space as a burger joint or other quick-service location. The second, even-more intriguing sotto voce tied the space to Jim Anile, of downtown Durham's new restaurant Revolution.

At first we heard a diner or other all-day option was in the works by the Aniles, though the prospect of having early-morning options so close to Saladelia presented its own challenges. But in recent weeks, the concept seemed to turn more around a wine-bar concept with food.

The mystery was solved on Thursday with a press release from the folks at ATC. Jim Anile is indeed leasing up the space once held by Cafe Zen.

The concept? "L'Uva Enoteca," an Italian eatery positioned as an "intimate eatery" that resembles the kinds of restaurants one would find as neighborhood restaurants in Italy, with a heavy emphasis on wines and wine pairings.

Durham's getting a new incubator -- this time 'round, for food trucks and foodies

One of central Durham's newest business ventures is an interesting portmanteau of two different hot memes in recent years here in the Bull City and the Triangle. 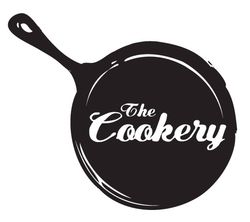 In one corner, you have the idea of the incubator, the concept that provides affordable space for start-up companies, mixing in support services, mentoring and access to other help that a new business needs.

In the other corner, you've got Durham's foodie scene, the mix of locavore demand, nearby organic farms and affordable costs that led first to a boom in locally owned restaurants and, in quick succession, food trucks.

Food trucks in particular have boomed in the Bull City, thanks to looser regulations than in other nearby cities -- though the requirement that a mobile eatery has to be tethered back to a brick-and-mortar commercial kitchen has created at least a bit of a barrier to entry.

Enter into this scene The Cookery, a self-described "culinary business incubator" opening up this spring on West Chapel Hill St. in the building that once housed the Durham Food Co-op.

Continue reading "Durham's getting a new incubator -- this time 'round, for food trucks and foodies" »

Durham Central Market made headlines last year when they selected a site at the corner of Broadway and Mangum as the proposed home for Durham's answer to Carrboro's Weaver Street Market and other cities' popular cooperative grocery stores.

But as we noted in our coverage of DCM's recent annual meeting, while the site location is optioned and while the co-op has attracted more than 900 members, what remains is the big step: raising the funds needed to put shovels in the ground in order to erect the proposed 10,000 sq. ft. store and its associated 3,500 sq. ft. outdoor space.

Co-op leaders said on background at the time that an investment campaign would be the next step, reaching back to those who signed up to become DCM members and asking for initial debt or equity investments in the project.

These investments -- which range from preferred stock in the cooperative corporation to community investment notes -- are intended to raise as much as $1.5 million from owners, a sufficient stake, it's believed, for Durham Central Market to raise another $2.6 million from banks and other debt sources to get the store off the ground.

If the funds can come together, a mid-2012 opening for the store remains the target.

New rules for food trucks debated across the Triangle

If 2010 was the year that food trucks gained momentum in the Triangle, then 2011 looks like it will bring an explosion of new trucks to the region.

Already, plans have been announced for several new food trucks, including trucks from Crook’s Corner and Will and Pops in Carrborro, and Ko Kyu and Pie Pushers in Durham, among others.

Granted, not everyone likes having food trucks on the streets. There have been complaints from Raleigh (and Durham) restaurateurs that food trucks undercut traditional restaurants with a lower capital investment and no need to provide seating and bathrooms.

Food trucks are starting to get regulatory attention from all corners of the Triangle.  Raleigh is currently revising their food truck laws, which has brought heated public hearings that pit truck lovers against restaurant owners.  Chapel Hill has also been requested to create an information source for aspiring four-wheeled entrepreneurs, in order to provide clarity to their current regulations.

These moves in Raleigh and Chapel Hill grow out of what truck owners see as a disadvantage to operating in these towns versus Durham -- even as brick-and-mortar establishments in both cities fret about competition on rubber tires.