Bull City Rising
About Archives @bullcity
Parking, gentrification and more: live blogging City Council, May 19
Upcoming meeting on bike/ped plan, plus corrections to the May 8 post 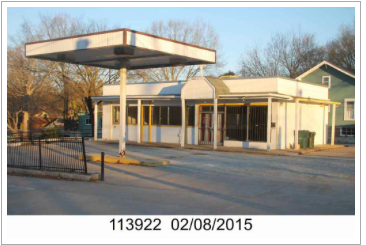 As recently as two years ago, tumbleweed could have rolled down West Chapel Hill Street. Among the several empty storefronts and bleak parking lots, there was an odd, but endearing jumble of businesses, where you could drop your kid off at day care, get your windows tinted, have your leaky tire inflated or your transmission fixed, then grab a bag of chips at the convenience store. West Chapel Hill Street also represented Durham’s religious diversity. The Tabernacle of Joy, Immaculate Conception Catholic Church, and the Ar-Razzaq Islamic Center shared a three-block stretch of the neighborhood known as the West End.

Then, the city center began its renaissance and several homegrown businesses settled on the downtown’s western frontier in search of cheaper space or land: the Cookery, a Middle Eastern grocery, Taiba Market — and a year ago, Kent Corner, which includes the Durham Co-op and the Center for Child & Family Health.

Now  Wendy Woods, co-owner of Nosh and Pipers in the Park — and a resident of the adjacent Burch Avenue neighborhood — plans to renovate and expand a former gas station at 1200 W. Chapel Hill St. for a new restaurant. The building sits diagonally from Kent Corner. A church held services there from 2004-2013, but the 1,288-square-foot building has been vacant since.

Woods’ company, Habitable Space, which has owned the building since 2015, is requesting a $170,000 city Neighborhood Improvement Grant to help fund the project. (Update: A City memo from April 19 has countered with an amount of $100,000 Download 11088_MEMO_HABITABLE_SPACE_LLC_387974_692589.) Woods said Friday that she is still working out some details, and thus couldn’t go into the finer points about the new venture. However, documents filed with city show that in addition to a total gutting and renovation of the building, a 300-square-foot second level would be added for a green roof or garden system. The restaurant would include indoor dining and an outside patio.  Download Habitable Space

A Pure gas station was built on this quarter-acre in 1956, but closed in the 1990s. Because of its history, the property was designated as a brownfield by the state Department of Environmental Quality. However, a previous owner removed the underground storage tanks and removed any contaminated soil. DEQ didn’t require any further action, clearing the way for the property to be revived. Download 1200 W. Chapel Hill Brownfields

The restaurant, as yet unnamed in the documents, would “serve reasonably priced, quality food so that neighbors from Burch Avenue, the West End and other neighborhoods” could afford it. It would create 23 full-time jobs that pay $13 to $20 an hour.

The City Council could discuss Woods’ request within the next month.

$170,000 for a restaurant from the city seems like a lot. Shouldn't they go to a bank for the vast majority of that amount?

They are getting financing from Yadkin Bank (all of the financials are in the document linked to above). $200,000 committed w. $400,000 requested. $170K in grant money sounds like a lot until you consider the millions of dollars in economic incentives the city provides for One City Center ($7 million), Chesterfield Building ($6 million), Durham Innovation District ($5.25 million), etc. And that doesn't include the county. Those incentives could very well be worthy, but they dwarf Woods' request.

The size/scale of those developments also dwarf what Woods is doing. I want to see action on that side of town though. I am all for the concept of quality and affordable eating options. They are a pillar of any community. Is there any precedent for the city giving a restaurant that much money?

@Lisa I'm not saying the grant(or the other incentives you cite) is a good idea or a bad idea, I don't know enough to make that call. However, you make an unfair comparison.

The incentives you compare this to will be paid over 15 years not an upfront grant. Also, the grant requested represents 20% of the project as opposed to Chesterfield and Innovation District which represent about 6%(at last according to the developers) of the project(it's even less than 6% when you account for the present value of the money). Furthermore, those incentives are based upon an estimate that they represent 70% of the property tax revenue they generate. For the restaurant to match that it would need to have a property tax bill of about $16,000 a year. Would it generate that much? The restaurant does seem comparable to ID in terms of $/job created.

Disclosure: My employer is one of the partners in the Innovation District.

Thanks for this post, Lisa. We in the neighborhood are excited about this prospect, the next step (after the Durham Co-op Market, Taiba Market, Quick Meal, and The Cookery) in restoring West Chapel Hill Street to commercial vibrancy.

@Jeff: While those projects are larger for sure, the Neighborhood Revitalization Grants have a different purpose, and are often targeted at distressed or underserved areas. The amount Woods requested is small, comparatively, and its benefits for this neighborhood could be significant.
There is precedent for the city funding even greater amounts than Woods is proposing (the city appears to be warm to funding $100,000 of her request, per an April memo I posted above.) A building on Angier and Driver, received a $200,000 city revitalization grant. The TROSA Grocery and Joe's Diner both occupied that building. Neither succeeded.
Also of interest is that this property is on a brownfield, which, depending on the previous use and contaminants, restricts what can be built on it, even though the remediation is complete.

Isn't one of the owners a city employee? Wouldn't that be a conflict of interest?

Stacey Poston works for General Services, which is disclosed in the documents. There is no mention of a conflict of interest in the city documents, possibly because she works in a department that doesn't administer these funds. That department is Community Development.

Seems like a lot of money to me for such a risky venture. Durham is already full of restaurants.

Most concerning is that, according to a study by Ohio State University (http://cqx.sagepub.com/content/46/3/304.abstract) on failed restaurants, 60% do not survive past the first year, and 80% go out of business in five years.

If that gas station is an eye sore, have the city purchase it, demolish it and plant some trees.

The post from @DurhamCares was deleted because it contained potentially libelous statements. However, if the person posting has information BCR should pursue, contact either ksdavis@gmail.com or lrsorg@gmail.com

Of *all* new restaurants, only 26.2% "fail" by the end of the first year. That being said, tracking success or failure of restaurants is very difficult outside of bankruptcy proceedings. The proxy used by this data source is change in ownership structure via D&B reports, the idea being that you either go bankrupt (which D&B tracks) or you sell (which D&B also tracks). What this means is that this 26.2% number is actually an over-estimate, as some of these "failed" restaurants actually sold or changed ownership structure for another reason.

Now whether or not the city should pony up $170k for a private enterprise is another question. Could someone else have bought the land and put a restaurant there with less or no city money?