Bull City Rising
About Archives @bullcity
Election 2016, Elaine Hyman: "We need to bring the two Durhams together."
Election 2016, Wendy Jacobs: "'I'm proud of the fact that I take action and actually get things done"

This interview is one in a series of conversations with those candidates seeking seats on the Durham County Board of County Commissioners. BCR thanks The Durham Hotel for kindly offering space for our interview series.

Listen to the interview in full, or read our recap below.

First time Board of County Commissioners seat-seeker Tara Fikes is the first to admit she doesn't have all the benefit of all the details about the minutiae of issues that Durham's incumbents have plowed through on the board, but she doesn't hesitate to describe her experience sitting on the opposite side of a county commission hearing room: as a department head in county government. 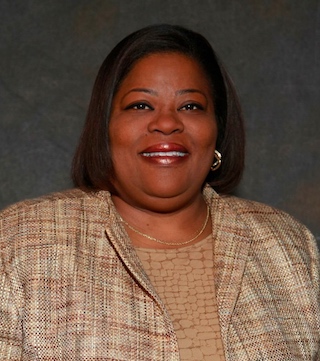 During our interview with Fikes, who retired in 2014 after three decades' work in Orange County culminating in directorship of the county's Department of Housing, Human Rights and Community Development, the longtime Durham resident expressed a strong appreciation for the work that county government staff do.

Asked to note an area of county government that few appreciated, Fikes brought up a subject that itself might be minutiae to the uninitiated: environmental health staff and inspectors.

Fikes described this as an area of county government that few citizens know much about, citing she had "always been amazed" by their knowledge on water quality, contaminated wells, failing septic systems, and the public health problems that these sort of issues pose.

"Probably the average person who's getting city services, city water and sewer, doesn't even think about that. But it's a real issue," Fikes said.

She said that while some citizens look at environmental health as "the bad guys" looking to write up a ticket, "really, I've found that they're trying to help, and will help you come up with a solution."

Similarly, Fikes -- who's served as chair of Durham County's social services board -- described social services staff as being hamstrung not merely by federal and state regulations they don't write, and pass-through funding that their local supervisors don't set, but by administrative challenges behind the scenes.

"One of the things that I am seeing, unfortunately ... the state continues to try to automate their systems. Everytime they do that, or make a change, or make an upgrade or a modification, there seems to be a glitch," Fikes said, noting this had contributed to individuals being unable to get their benefits. "That's mind-boggling to me."

Fikes noted that local departments have to find opportunities for "being creative," within the twin barriers of limited authority and pass-through funding. "It makes [DSS staff]'s work harder," Fikes said. "They're trying to do good work, but they have all these barriers," she added, noting the recent changes to food stamp rules for able-bodied adults as an example.

Fikes, who completed a doctorate in public administration while working for our western neighbors, noted her strong interest in public service as a way to parlay her past professional experience back into community service.

"Now that I have retired from county government in Orange County, as I think about the next chapter of my life, I could use the skills and knowledge and training that I've acquired over my professional career in county government, in Durham County, particularly on the policy side," Fikes said. "It just seemed like a good transition for me, professionally, to merge my professional and my community service lives together."

"My background and my inclination is to be the human services kind of commissioner, but I don't want to be pigeonholed, because so many other things impact human services," Fikes said, adding that she also wanted to be engaged in other topics, like economic development, that went beyond her area of knowledge in human services.

"I will always champion human services," Fikes added. "We've got to make sure that we're taking care of our vulnerable populations. We just must do that."

She noted her work on the Department of Social Services Board as a learning opportunity. "I certainly have something to offer," Fikes said, adding that she had worked with and met a number of families in need. "I see how county programs can change their lives."

In other areas, Fikes expressed at least a general framework of key issues and concerns.

Called for the BOCC to "work in hand" with the school board to talk about expected outcomes and what it will take in order to achieve those outcomes. "I'm not certain that there has been that kind of conversation," noting that she feels many of these conversations happen in "crunch time" at budget deadlines, as opposed to year-round conversations on goals and needs.

Fikes said she has heard the conversation about whether Durham spends too much or not enough on schools, yet said she did not feel one could assess this without understanding what outcomes were desired.

She said she is interested in seeing a deeper engagement in discussions on education, to "figure out a way to talk about this, let's really get down beneath all these numbers, all this rhetoric, and see what's really happening here. Let's come to some consensus or some agreement on what we're trying to do here, and then try to figure out how to get it done," Fikes said.

"I think really I'd like to see a continuous conversation around our school system, and how the County Commissioners and its funding can help the school system achieve what we as a county collectively would like to see," Fikes said.

Fikes added that the community has to let educators know that they are valued and needed for success, and that their concerns about salary and advancements are understood.

The challenger added that she "finds it interesting" that Durham County does not contributre to affordable housing, was used to it helping with the problem in Orange County -- but adding that Durham has several strengths to leverage in its housing market.

"We have a great housing stock here. It's very diverse," Fikes said, noting there was plenty of opportunity both to repair and improve existing housing and to have "set asides" for affordable housing in all the new housing stock being created.

"I really would like to see the county really be more actively engaged," including financial contributions to "help encourage the provisioning of affordable housing."

While noting that county governments cannot legislate affordable housing, Durham could partner further with developers to raise this as a priority. Fikes noted her support for an RFP process to find public-private partnerships for county owned land that could support affordable housing.

Fikes noted that affordable, safe housing is a cornerstone to addressing a range of human services challenges.

"Normally, the people who find themselves in poverty have lots of needs, just not one thing," citing employment, health care, housing and other challenges. "I tbink it has to be a multiprong approach, if you will."

"The only way I know to approach that is one by one. Deal with the housing, deal with the healthcare, the nutrition," Fikes said. "If we can help people get and housing and not be homeless -- to use the Housing First model, where you get people" houses first then take care of their other needs, Fikes said, you can start to address other issues.

Fikes called for starting with neighborhood organizations in East Durham to make sure she understood the issues, and to use the existing infrastructure and people working on issues and challenges. She cited the East Durham initiatives around child development, among others.

"The real challenge would be how to get to the population that needs the information," Fikes said.

Fikes touched on her views on a range of other issues during the conversation with BCR.

While noting that the elected county sheriff is ultimately responsible for the operation of the jail, Fikes said county commissioners should recognize there is a "community concern" and call for an independent, third-party assessment of the jail to ensure "that we are treating inmates properly, that we are following standard, acceptable guidelines for jail administration, to see if there are areas where there is a need for some reform, if you will."

In discussing her vision for the rural northern tier of the county, Fikes cited preservation but also targeted compact development as a future potential.

"We have to be concerned about preserving open space, conserving some of our property and land for farmland. I think, also, the watershed issues are enormous there," Fikes said. "It really requires some strategic planning around how to use our available land in northern Durham," she added, then suggesting that live/work/shop districts could reduce car trips and environmental impacts.

"You do it by creating compact neighborhoods that have all of the amenities that are needed, so that people are not having to do a lot of automobile driving," Fikes said, including retail, commercial and employment centers near neighborhoods, though adding that north Durham was not an area suited to heavy industrial activities. "I do think that it is possible to create some employment centers there, that would be near your housing."

Fikes added that it's important for county governments to make sure state legislators understand that the bills they past sometimes have unique impacts on local communities.

Asked about places that may be sources of waste in county government, Fikes said she didn't know of a specific place where waste existed. "But I always think that, if there's any duplication of services that you can uncover, it could be that those services could be provided more effectively."

Fikes noted she had served on the task force at the turn of the 21st century that considered city-county merger, although cautioning that savings from combination aren't always a sure bet.

"What has ended up happening is, even though they haven't merged governments, they have all these initiatives that are merged," citing the county City/County planning office as an example.

"It's just something about" the city and county identities, between those who identify with Durham as an urban center, versus those county residents who intentionally chose not to live within city limits. "We want to have our city and our county, and neither should the two meet."

Fikes did cite reduced confusion among citizens as a benefit, if merger could ever be accomplished.