Bull City Rising
About Archives @bullcity
Election 2016: Brenda Howerton, "You have to learn to work at consensus."
Election 2016: Ellen Reckhow "We need to prepare our young people for jobs."

Election 2016: James Hill, "Make sure that everyone has a chance of a better life, not just a certain few"

This interview is one in a series of conversations with those candidates seeking seats on the Durham County Board of County Commissioners. BCR thanks The Durham Hotel for kindly offering space for our interview series.

Listen to or read a transcript of the interview in full at this link, or read our recap below.

Durham native James Hill has made disparity in Durham -- between wealth and poverty, and between a creative-class base of new jobs and the post-industrial disappearance of middle-class jobs -- a central theme in his campaign. 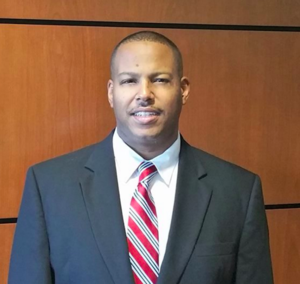 It's not a topic Hill comes to abstractly. Indeed, as an interviewer, I raised the post-tobacco employers like IBM and Nortel to Hill by way of drawing out a different point, only to have Hill note his own very personal experience with that change.

"I was in hardware debug and test for IBM, loved it," Hill said. "The PC division was sold, and we moved on but before that, it was like the sky's the limit. And they were saying, James, your division's going to be moving to Edinburgh and you're going to have international experience, but, you know, things change."

Hill's post-Big Blue employment -- working under Mayor Bell at UDI-CDC as a staffer in a welfare-to-work program; as a child support agent; and as a job counselor, among other gigs -- all seem to have contributed to his awareness on both county programs and the economic chasm Hill sees in the Bull City.

"We've taken away all those those good paying working class jobs, we've destroyed unions and now we're where we have people who are trying to survive on $8.25 an hour," Hill added. "Now you can't do it in Durham."

"I want to be in a community that is inclusive not exclusive," Hill said. "I love the growth, I am in no way trying to slow things down. But I just want to make sure that everyone has a chance of a better life, not just a certain few."

Hill noted that his mother, a Hillside High and NCCU graduate, had many high school classmates who moved on to Liggett & Myers instead of college. "And they were able to get married, build a home, raise their kids and send their kids to college. That's gone," Hill said.

He noted his belief that the County's job incentives programs can and should be a fulcrum in bringing a wider diversity of jobs to Durham.

"I think we've become a myopic. We look at health care, management, Big Pharma, IT, and we're kind of focused on that," Hill said, citing the foresight that civic leaders had a half-century ago to diversify away from narrow economic focus and build diversity by recruiting today's next-gen economic jobs. "We can't be a kind of a one trick pony."

Hill cited our southern mountain of conceit as an example of how broadening the employment base could rekindle work for a wider range of Durhamites.

"Now, going to South Carolina, we see what's happened in Greenville. And, granted they have given a lot, probably too much for incentives," Hill said.

"But what has it meant for the people there to have Michelin, to have B.M.W., to have the Dreamliner build go to South Carolina?" he asked. "It means they have a new opportunity. And you don't have to write code. You don't have to be involved in Big Pharma."

He cited the Aisin transmission factory, Harris Beverage, and Cree as examples of firms building middle-skill, middle-wage jobs, and added his hope to see more partnerships akin to those in Germany linking career-bound high school graduates to industry.

"Right now we have unfortunately a school to prison pipeline," Hill said. "Why don't we have a school to prosperity pipeline, where you know what you're going to do when you graduate high school, if you're not going to university, if you're not going to the military," joking that if he and his Winston-Salem State roommate had paid more attention to their across-the-street Forsyth Tech neighbor, they might today own a large, successful, lucrative plumbing business or other trade.

On the subject of criminal justice, Hill noted that he was somewhat alone among BOCC candidates in calling for an independent County board of citizens to oversee the treatment of prisoners in the county jail.

"I'm in no way anti-law enforcement. I know they have a very difficult job. I would not want to be a detention officer. It's a tough thing to do," Hill said. "But we can't just say, well, they're in jail, they get what they get. These people are wards of the county. And we have to have to take care of them."

On education, Hill called for full-funding of a pre-kindergarten program, describing it as one of the specific issues he'd be willing to raise taxes to pay for, if needed.

Besides the widely-heralded pre-K initiative -- something that's on the lips of practically all BOCC candidates this cycle -- Hill noted his support for what might be thought of as a use-whatever-works strategy for improving education, including improved vocational education, career certification programs in high school, and, if effective, single-gender academies.

"I know there some people who are wary about that, but if it works, I would much rather have a school for boys and school for girls than to see people go to prison," Hill said.

"You have a child that is fortunate enough to go to a Pre-K. program that is engaging, and you don't just get stuck in front of a television and watch Nickelodeon all day. My daughter was blessed to go to a top notch Pre-K and she's doing very well in school now. We read to our daughter," Hill told BCR.

"I don't have to leave a job, get on a bus and go to another job. And that's another thing that's where we go back to the economic incentives. If parents can't work a decent job, if they have to have two jobs because no one wants to give them benefits and no one wants to hire them full time. And then you're supposed to come home and educate and feed and do other things with your children and be engaged? No, these parents are dog tired and we have to do better."

Hill also stood with Durham Public Schools supporters (and the line of argument being shared by the People's Alliance's education team), expressing concern over the counties chosen as comparatives to Durham by DPS administrators looking at central office costs. Still, Hill called for scrutiny of central administrative costs if it could bolster spending for classroom resources.

"This may seem as apples and oranges, but when we were talking about sidewalks many years ago in Durham, Durham pays almost double per linear square for sidewalks in Wake County. Now I don't think concrete gets more expensive [across county lines]!" Hill aid. "So if there is something that needs to be discussed and dealt with, believe you me, I'm going to drill down and do the metrics and make sure that we are making sure that we are good stewards of the taxpayers' money."

Asked about an area that presents an interesting intersection of some of these topics -- the Whitted School renovation, which rekindles strong community memories and perceptions of justice, but which others have noted is a relatively cost-ineffective way of providing pre-K classrooms and senior housing -- Hill noted his own mixed emotions on the effort, and, more broadly, on whether affordable housing was better to provide downtown or closer to amenities like grocery stores.

"We can always land bank the building. I think that would have been a better idea, and then waited for someone to to do something with their money. I'm a bit torn on this topic," Hill said. "People talk about affordable housing, and they talk about affordable housing downtown. What's going to be your unit cost if you're doing more projects downtown, or are you better off increasing the tax base and building more units somewhere else," he added, while noting the competing social justice value of having inclusive, mixed-income communities in downtown.