Bull City Rising
About Archives @bullcity
Election 2016: James Hill, "Make sure that everyone has a chance of a better life, not just a certain few"
2015 included the most violent month since Durham Police kept statistics

Election 2016: Ellen Reckhow "We need to prepare our young people for jobs." 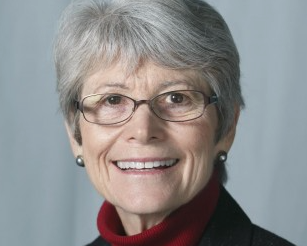 In her 10 terms on the Durham County Commission, Ellen Reckhow has helped govern during hard times: When Durham was a punchline for bad jokes about violence; when a former commissioner, Joe Bowser, led an ouster of County Manager Mike Ruffin; when the recession hit in 2008; when the 751 South development deeply — and some political observers thought, irreparably — divided the commission.

But now, as Reckhow seeks her 11th term, she is looking forward to a new era in Durham. “The board is getting along well. Things have been calm; it’s easier to govern when there is solid revenue,” she says. “We are experiencing a renaissance in downtown,” she adds. “We have a very vibrant economy now.

"Our revenues have returned and even exceeded what they were. It’s an opportune time for the city, the county, the school system and the community at-large to come together and see how we can help more of our citizens benefit — especially young people.”

All of the commission candidates have been emphasizing job creation — specifically, work for people without a bachelor’s or advanced degree. That includes using economic incentives and Durham’s newly burnished reputation as muscle to lure those companies here.

Of the 10,155 jobs created in the last three years, more than half are jobs in science, technology, engineering or math, Reckhow said. “That’s wonderful, but our young people aren’t necessarily prepared for those jobs. We need to be more active in seeking out companies that can bring in good wage jobs for people who don’t have a college degree.”

As an example, she cited the Harris Beverage company, which is expanding in on Junction Road in Northeast Durham because the county helped provide utility extensions. In addition, Reckhow says, the county could buy land around that location to create an industrial park.

“There are communities that are more actively recruiting [these types of companies],” Reckhow says. “The disadvantage is we are a geographically small county and a lot of our vacant land is in watershed areas. So we don’t have large parcels of industrial land as some counties do.”

She is advocating for a “corridor plan” to target the U.S. 70 business route through East Durham, N.C. 147 from downtown to RTP, and portions of Highway 98.

Not only does the workforce need a job, but they need safe, affordable housing.

Counties are legally limited on funding sources for affordable housing (property tax revenue if off-limits, for example, but parking fees are OK). But the county can enter into public-private partnerships on its land, such as the parcels on East Main Street near the Human Services Building and the Durham Housing Authority.

Last year, the county contributed $20 million toward the Park Center project in RTP, which includes retail, restaurant, green space and workforce housing off N.C. 54 near I-40.

“That’s very positive for Durham,” she says. “The Park Center area is some of the most strategic real estate in Durham County, and is so underutilized. What we have now is the opportunity to create a vibrant place for people to congregate and a destination, even in the evening.”

One of the most recent controversies facing the county is the management of the Durham County jail. Although the commissioners don’t oversee the facility — that’s the purview of the sheriff — they do approve the funding and can use their position as a bully pulpit. Over the past four months, two detention officers were fired and charged with assault after roughing up an inmate, plus another inmate died, allegedly as a result of poor medical care.

The commissioners, Reckhow says, are still waiting for the results of an investigation.

A member of the Durham Crime Cabinet, Reckhow says the current jail population, roughly 480, is lower than it was in 2010, when 580 people were incarcerated. She credits a pre-trial services program, which she helped launch, that evaluates nonviolent offenders and diverts them from jail and into supervision of the pretrial staff. “They can release even more people without compromising safety at all,” she said. “Putting people in jail for nonpayment of child support; that doesn’t make sense. And the second thing is, I’m interested in diverting more mentally ill people out of the jail.”

With better economic times, the county can focus on improving the criminal justice system and the public schools and mending the socio-economic fault lines that have formed since Durham’s “renaissance.” “I wanted to run again because I see a terrific opportunity at this point in time,” she says. “We’re in a good place for Durham to tackle the intractable issues we have faced.”