Election 2016, Elaine Hyman: "We need to bring the two Durhams together." 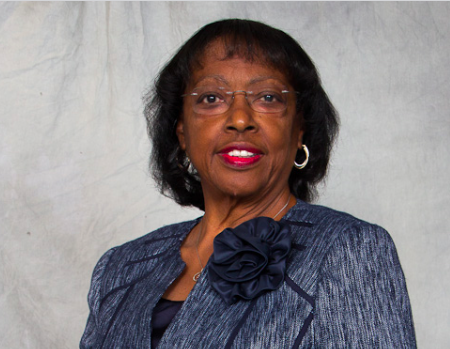 Starting today, we are posting summary stories and the audio of the full interviews for each candidate.

Ten candidates are running in the March primary for five seats on the Durham County Commission. The top five candidates will move on to the general election in November.

Early voting for county, state and federal offices (except U.S. House) starts Thursday, March 3; Election Day is Tuesday, March 15. Because of a federal ruling regarding the unconstitutionality of congressional maps, the U.S. House election, under new districting, is scheduled for June.

Elaine Hyman had had the misfortune — or perhaps the fortune — of living in one of Durham’s 100 “failed developments” — subdivisions where the developers, beset by financial troubles, bailed on building sidewalks, streets and other infrastructure as required. Some declared bankruptcy, in some cases leaving the city and the subdivision residents to help pay for their neighborhoods’ necessities.

But Hyman used that experience living in Emorywood Orchards to catalyze her run for county commissioner and to inform her decisions on the Durham Planning Commission, where she serves as vice-chair. “I have a soft side for communities,” she says. ““That gave me a view into Durham’s communities and the impact of development on them.”

Hyman worked as the county’s director of human resources, retiring in 2012, the same year she ran for commissioner in the primary, placing ninth of 14 candidates.

During her tenure at the county, Hyman worked on its strategic plan. “I know about the inside of the organization,” she says.

Conditions inside the Durham County jail — including the death of an inmate and the firing of two detention officers who used excessive force on a detainee — have prompted many community members to call for an investigation of how the sheriff and jail officials are managing the facility.

Hyman says she would support an investigation if it were conducted by experts, but not civilians, whose “background, passion and agendas may be different.”

“We would look for people who have investigatory experience, and can do data analysis,” she says. “I have a lot of respect for the sheriff and the difficulty of his job.”

The tension in the jail is also a byproduct of a larger problem in the criminal justice system: People charged with misdemeanors or non-violent offenses are stuck in cells for months, awaiting trial because they can’t afford bond. “There’s a bottleneck, a problem with how fast people can get through the process,” she says. “There needs to be some discussion about how this can be done.”

However, Hyman did say the board of commission should scrutinize the contract with the jail’s health care provider, Correct Care Solutions. The company, which operates in 38 states, has been sued in several states over allegations of it provided inadequate care to inmates.

“Where there is smoke there’s fire,” Hyman says, adding she would consider voting not to renewing the contract if an investigation showed CCS failed to adequately treat patients.

In addition to scrutiny of conditions at the jail, Durham County Commissioners have also been examining the Durham Public Schools budget. The commission approves local funding, the school board and superintendent work out the finer details on how the money is spent. A Bull City Rising series showed that DPS spends more money on administration than other counties do, raising questions if those funds should instead go toward the classrooms.

“Durham has 21 low-performing schools,” Hyman says, adding she supports universal pre-K. “To develop a strong economy, we need good schools. People may be looking to [bring jobs] here but are wondering if we have the people who are trained to fill the jobs I would be willing to give them the funding they need to ensure the dollars reach the classroom.”

Durham Public Schools have a significant number of low-income and minority students, a reflection of — and even a precursor to — what Hyman calls “the two Durhams.”

Hyman’s sister lives in East Durham, which has been largely excluded from Durham’s renaissance. “Durham is flourishing at a level I’ve not seen in 40 years. But it doesn’t feel inclusive. When you look at the disparity, you have to ask, ‘How did this happen?’.We need to bring in employers who will hire people who live in that area and that pay a decent wage. We need to pull the two Durhams closer together.”