Bull City Rising
About Archives @bullcity
Election 2016: Michael Page, "We have too many people in the jail."
Election 2016: James Hill, "Make sure that everyone has a chance of a better life, not just a certain few"

Election 2016: Brenda Howerton, "You have to learn to work at consensus." 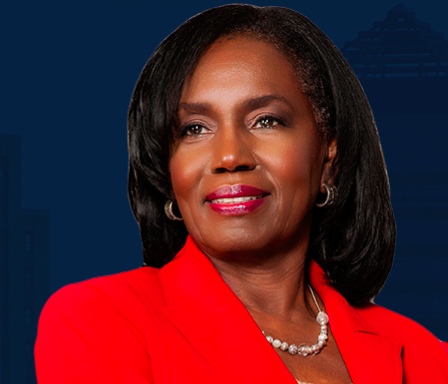 When Brenda Howerton was elected to the county commission eight years ago, her community connections were deep but her government experience had been limited to the Soil and Water Conservation Board

Now Howerton, who is running for her third term as commissioner, has accumulated experience on at least a dozen boards and commissions.

“We are elected as individuals, but then you have to learn to govern,” says Howerton, who is vice-chair of the commission. “You have to be willing to work at getting consensus, and know that you’re there for the good of the community. It doesn’t mean we always agree on everything, but we’ve been able to respect our different views.”

In her first term, she says “I looked at way we were doing business. We didn’t have a strategic plan. I couldn’t understand why that wasn’t in place. After conversations with my colleagues and the county manager, we got one in place. It gives us a way to look at how we’re measuring results.”

As commissioner, Howerton also has influence over the local portion of public school funding. More than a third of the county budget goes to the public school system. She says the imbalance between central office and direct classroom spending — and the achievement gap between white and minority students “is very disturbing.”

“I had a conversation this weekend with a teacher and i asked her ‘What is needed to pull up our children?’” Howerton says. “She said one of the things is parental involvement. It means having some kind of instructional training for parents so they can advocate for their children.”

The school system and commissioners are drafting a memorandum of understanding, although it has not yet been released. Howerton says she recommended to county manager that a mediator may be necessary, “so we can create some real results. We have to be able to talk.”

“I wasn’t involved in the political process during the merger,” she says, “so this is the first time I’ve seen this kind of relationship get o this point. I don’t understand it at all. You can have a conversation with anybody. They may not agree, but you need to respect their views and come to middle of road.”

Howerton, who is on the Durham Crime Cabinet and other criminal justice boards, calls the recent death of an inmate at the Durham County jail, “a concern for me,” and that the commission is waiting for the results of the sheriff’s investigation. But, Howerton says, with the help of the North Carolina Association of Counties, she’ll lobby the legislature to  change state laws that allow 16- and 17-year-old to be placed in adult jails. being put in our jails. North Carolina and New York are the only two states that treat that age group as adults in the criminal justice system.

A lack of job prospects and education, coupled with generational poverty, particularly in African-American neighborhoods, have contributed to crime — and by extension, to problems at the jail.

“We don’t need children being in the streets without working,” Howerton says. “We need to create as many opportunities as possible for our young people to be working, particularly middle skill jobs.”

She would like to bring more manufacturing jobs to Durham, especially northeastern part of the county, and if necessary, use economic incentives to do so. Durham Tech, Howerton says, also should offer certifications and training specific to these jobs.

“What are other community colleges doing that we aren’t?” says Howerton, who sits on the Durham Tech board of trustees. For example, Wake Tech has an aeronautics program. “Wake has a lot of things that I wish we had in Durham. But it’s a bigger county and has more resources. We have to continue to be innovative and see what we can do.”