Of the 484 standards used to accredit law enforcement agencies, use of force and medical/health care services are two of them. And both of those issues are expected to arise at a public information session about the Durham County Sheriff's Office regularly scheduled accreditation. CALEA, the Commission on Accreditation of Law Enforcement Agencies, is in charge of recertifying the sheriff's office.

You can comment at the session on Thursday, March 31, beginning at 6 p.m. in Conference Room B of the Health and Human Services Building, 414 E. Main St. 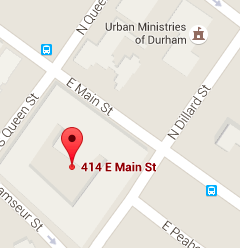 For at least four months, the Durham County Sheriff's Office has been under scrutiny over the treatment of inmates, including one who died, allegedly as the result of poor medical care, and another who was roughed up by two detention officers. Those officers were fired and charged with assault. Since these incidents, protesters have demonstrated at the jail, demanding independent investigations of the jail and jail policies and procedures.

Here's the press release issued today by the sheriff's office:

"Durham, NC— The Durham County Sheriff's Office is seeking its sixth reaccreditation by The Commission on Accreditation for Law Enforcement Agencies (CALEA) beginning March 29, 2016. As part of the reaccreditation process, the public is invited to provide comment about the Sheriff's Office during a public information session March 31, 2016. The session begins at 6 p.m. at the Health and Human Services Building, Conference Room B located at 414 East Main Street in Durham.

Comments made at the public information session and by telephone are limited to 10 minutes and must specifically address the Sheriff's Office ability to comply with the accreditation standards mandated by CALEA. A copy of the standards is available at the Durham County Sheriff's Office located at 510 South Dillard Street in Durham. Contact Sgt. J.P. Carden at (919) 560-7496 for additional information.

This is the right time, in fact, the perfect time for the public to express their views about the Durham County Sheriff's Office. Let your voices be heard and mark this in your calendar. If you want a trustworthy protector, this is the chance to achieve it.