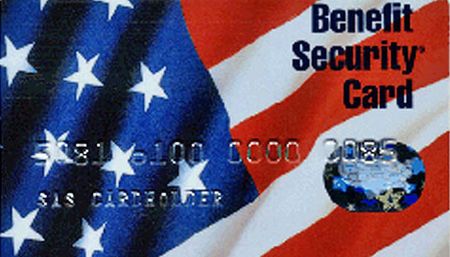 It’s a new year (and a leap one at that), which means it’s time to clean and freshen—our lakes, roadsides—and reuse—our buildings. And get to work or go hungry, say our esteemed state lawmakers, who apparently are self-proclaimed experts on job searches.

Durham County Commissioners meet for the first time this year on Monday at 9 a.m. at 200 E. Main St., with a full slate of important issues.

First, food: About 2,700 Durham County residents will be affected by a new state law that determines who gets food stamps and for how long. Commissioner Wendy Jacobs has asked for a presentation from the Department of Social Services about how it will deal with ensuring the county complies with the law and as important, that low-income people can buy food.

The program is known as ABAWD—Able-Bodied Adults Without Dependents. It states that in order to qualify for food stamps for more than three months, people ages 18 to 49, who are able to work and don’t have a child under 18 on food stamps, must work, volunteer or enroll in a training program for no fewer than 20 hours a week. If those individuals don’t comply, their food stamps are cut off after three months.

There are exemptions: pregnant women, caregivers for an “incapacitated person,” chronically homeless, recipients of unemployment benefits, substance abusers whose illness is so severe they cannot work.

I understand that some people abuse the system, but this seems like another layer of bureaucracy that would be hard to track. It also fails to recognize that there are people, ex-offenders, for example, who would very much like to work, or even volunteer if it gave them a job skill. But employers and private agencies aren’t clamoring to put ex-offenders on their payrolls. (This is another reason to support the Ban the Box campaign.)

This impossible situation creates a feedback loop of poverty and incarceration that was a main focus of last fall's Durham City Council race. People get out of jail, some of them convicted of low-level marijuana charges, with no job prospects. With a conviction, it’s hard to find housing (and forget about public housing). It’s difficult to get federal financial aid for school. And now the state wants to further penalize these people by eliminating nutritional support.

How much in food stamp benefits are we talking about? An average of $30 a week. Yes, state lawmakers have created a new, cumbersome law for a picayune amount that will get you a bag of groceries at Food Lion.

This, in a state that for the past five years has ranked in the top 10 in percentage of food-insecure residents, according to a study by Feeding America.

I can tell you that most people do want to work. They want to earn money, contribute to their communities, be a part of something larger. If they’re not working, there is usually a good reason. This Washington Post story, chronicling suburban poverty and the lack of public transit, is an excellent glimpse into the logistical nightmare.

The other item of interest is a presentation on the county’s space needs and facility master plan.  As BCR reported in November, the former judicial building is scheduled for a makeover, which includes retail on the first floor. But we’ve also wondered about the former Department of Social Services building on East Main and Roxboro streets. It’s lain fallow since those departments marched down the street to the new Human Services building.

The meeting will also include a discussion on how the county will comply with the Falls Lake water quality rules, which the state is revising. Lest your eyes glaze over (more science!), there are serious consequences for the lake and those who rely on it for drinking water.

Part of Falls Lake lies within Durham County, but is the main drinking water source for Raleigh. For 33 years, the lake has been classified as sensitive to pollution, and it has repeatedly failed state and federal water quality tests. We all share in the responsibility” Durham’s lake pollutants, runoff, for example, add to Raleigh’s pollutants, which means it has to build expensive new treatment plants. Think of it this way: Your neighbor drains his/her sewer water into your yard, and you have to pay to clean it up.

Since millions of dollars are at stake, it’s important to get the science right. Now Durham will pay a monitoring assessment fee to the Upper Neuse River Basin Association, a group of local governments, soil and water conservation districts and the like. The UNRBA executive director and consultants, in turn, are charged with collecting better scientific data about the pollutants and general health of Falls Lake, which could help direct policy about how to clean it up.

And finally, if we’re not trashing our waterways, we’re trashing our roadsides (c’mon humans, get it together). The county is updating its solid waste ordinance to increase the penalties for illegal dumpsites and nuisance properties in unincorporated areas. That couch you ditched up by the Flat River? The county will find you.

Q: And what are we planning on doing?
A: Build a light rail line with lots more grade crossings and many more trains.

Of course it will probably be sometime in the late 2030's before the first light rail trains run, so GoTriangle has time to figure out to stop people from walking on the tracks.

Actually the analogy is incomplete. You can't build on your property unless your neighbor surrenders some of his/hers without compensation so you can have water. Your property values soar based on the contribution and you are asked to keep the water clean with part of the increased taxes collected on that value. Follow the money.