Bull City Rising
About Archives @bullcity
Charges dismissed against man tasered by Durham police at Harris Teeter
We bulldozed the trees for a Walmart Supercenter. It's closing. Let's tear it down for soccer fields.

In East Durham, new rules on air permits are an environmental justice issue 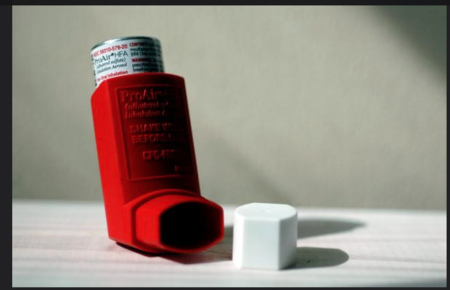 There is one square mile in East Central Durham where concrete is made, bodies are cremated, wooden cabinetry is manufactured and chemicals are shipped. These blocks of South Driver, South Plum and East Pettigrew are also home to more than 2,500 people, most of them low-income, most of them minorities, who are exposed to air pollutants from these businesses every day.

Yet the Environmental Management Commission approved new air quality rules on Thursday that would exempt low-emissions facilities from permitting. There are 14 of these low-level emitters in Durham, and half of them are in low-income and/or minority neighborhoods.

Ready Mixed Concrete Company, Garland Woodcraft and Quality Cremation, all clustered within a half-mile of one another in East Central Durham, are three of the businesses who would be exempt under the new rules. (Brenntag on East Pettigrew Street, also in the neighborhood, emits enough pollutants that it will still need a permit to operate.)

For background, you can read a piece I wrote this week in Coastal Review Online about the problems with these changes. But essentially, certain facilities can emit up to 10 tons of a combination of hazardous and criteria pollutants without a state air permit.

Ozone, carbon monoxide, lead and particulate matter are examples of criteria pollutants.  The EPA has compiled a list of 187 hazardous air pollutants, including benzene, proven to cause cancer in humans, and naphthalene, a possible carcinogen.

The problem is that while individually these facilities emit comparatively small amounts of pollutants, their cumulative impacts, especially when the businesses are clustered in low-income, minority neighborhoods, jeopardize residents’ health. And if there is a major polluter in the area, like Brenntag, even though it must have a permit, it still diminishes the air quality for nearby residents.

The three low-level polluters on South Driver and South Plum streets still emit 4.5 tons of pollutants into the air each year, according to state data. These pollutants include nitrogen oxide, which even short-term exposures, according to the EPA, can cause “adverse respiratory effects including airway inflammation in healthy people and increased respiratory symptoms in people with asthma.”

And Durham has an asthma problem. It ranks 11th among North Carolina's 100 counties in hospitalizations for childhood asthma, according to 2014 state health data.

I used the Durham Neighborhood Compass and with the list of Durham facilities provided by DAQ, analyzed the racial and economic data for the block groups around the soon-to-be-permit-free facilities. I also included the percentage of tree coverage in these block groups, because trees help improve air quality.

Of the 14 industries in Durham, four are in Research Triangle Park, where there are no houses —although with the construction of the Park Center, there will be. All but one—the Brown Water Treatment Plant on Infinity Road— are in East or Southeast Durham.

A couple of the facilities lie on the border between two or more block groups. Since pollutants don’t observe census boundaries, in those cases I listed data for the adjoining block groups.

The Department of Environmental Quality is touting the new rules as a way to eliminate bureaucracy for these low-level polluters and Division of Air Quality. DEQ says it will divert staff to focus on larger polluters, and that the exempt sites will still be subject to inspection. However, a written compliance assurance plan, in the works since last summer, has yet to be issued. That means we don’t know how staff will track the facilities’ exemption status or how they will inspect the more than 900 facilities on the exemption list.

The House Committee on Rules, Operations and the Calendar will take up the EMC rules during the legislature's short session, which begins in May.

As a resident of East Durham, I am surprised and horrified that my government and community leaders would put my health in jeopardy. Thank you for this insightful article. I will talk to others in the community to find out how we can fight against this.

Thank you for your research and this article, Lisa. Years of my life were spent testing for contamination at active and former industrial sites. My sense of smell and taste has never been the same since handling so much pollutant soaked water and soil. I worry about the cumulative carcinogens I've been/we all are exposed to throughout our lives. Environmental justice shouldn't just be about getting industrial operations out of residential areas, but demanding that the there are more stringent regulations to protect workers no matter where these business operate. Testing to meet regulatory standards = money. We all know how capitalism hates cutting into profit. Having fewer resources to test and monitor is the direct result of Govenor McCrory downsizing the NC Dept of Environmental Quality.

Good article. The political action committees have to make environmental issues part of their activities as much as economic issues. And environmentalists have to better explain that promoting Durham's environment is promoting the health of its people.