Bull City Rising
About Archives @bullcity
Durham Housing Authority plans to convert its properties to Section 8 units, even though its Section 8 department is broken
Cops and Cocoa Cinnamon: C'mon, folks, let's give credit when the D.P.D. does something right for a change

When HUD means no, it really means no.

The Durham Housing Authority has long planned to build four single-family homes, two on Blacknall Street and two on Goley Street, for low-income households. But HUD’s Fair Housing and Equal Opportunity Division will not approve that development because the neighborhood near East Main Street and South Alston Avenue already has a high concentration of minorities and low-income households. The population in that census block group is nearly 72 percent African-American and more than 19 percent Latino, according to the Durham Neighborhood Compass. The annual median household income is $20,000, about 40 percent of the county average. 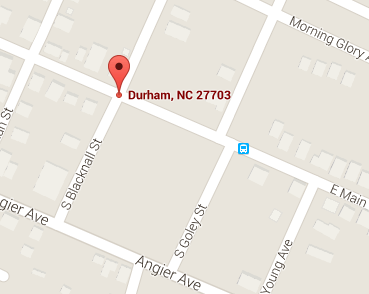 Since these homes are public housing, in placing tenants, DHA must draw from its waiting list. And 85 percent of people on DHA’s wait lists are nonwhites.

To complicate matters further, DHA can’t funnel whites from the waiting list to those four houses because that racial targeting would also violate the Fair Housing Act.

“We’re in a Catch-22,”  Meredith Daye, DHA development director, told the board this week.

The Fair Housing Act of 1968 was intended to reverse decades of discriminatory practices, such as redlining, that corralled African-Americans in certain neighborhoods (often those near industrial sites, dumps, highways and other places where whites could avoid). The FHA not only outlawed racial discrimination in housing policy but it also required government agencies to implement policies that would help integrate neighborhoods. That has not happened—many major cities remain segregated—so in July the Obama Administration issued new rules to correct that 47-year-old failure.

Local governments now must analyze census data—not just racial but also income and social justice statistics—to reveal segregation patterns. The hope is, with this transparency, that those patterns can be corrected. Public housing authorities cannot add minorities to areas where 50 percent or more of the population is minority; for low-income neighborhoods, that threshold is 40 percent.

“Everybody in the country is dealing with this,” said DHA CEO Dallas Parks.

Federal rules allow DHA to apply to HUD for permission to swap the land, for example, with Habitat for Humanity, in neighborhoods with lower percentages of minorities. While Habitat for Humanity would have to comply with overall federal Fair Housing rules—it cannot discriminate on the basis of race, gender, family status, sexual orientation, etc.—as a private nonprofit it is not subject to stricter HUD regulations regarding public housing.

Any new site for the four homes would have to comply with HUD rules, such as being located on a public transit route.

DHA is likely to confront this situation again. For example, DHA is considering the redevelopment of the former Fayette Place on Fayetteville Street near the Durham Freeway, which is also in a minority-concentrated neighborhood. (Although DHA sold that property to a private developer for affordable housing, the land has remained fallow. The contract, approved by HUD, stipulated that ownership would revert to DHA if  the developer didn’t build on the site by a certain date. That date is approaching.)

Provided the land is available, there are many neighborhoods on transit lines where whites are the majority: Watts-Hillandale, Old West Durham, Northgate Park, the West End and Durham Central Park.

"We have to spread developments throughout community," said board member Bo Glenn.

It sounds like HUD is competent at neither Housing nor Urban Development.