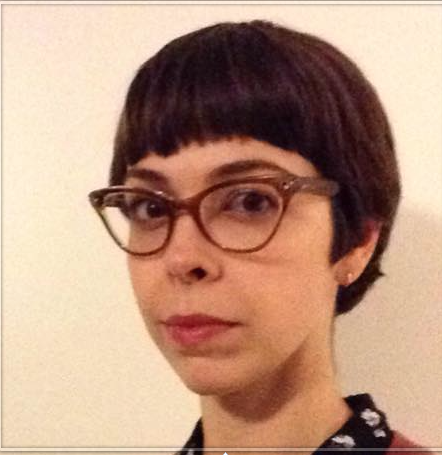 Amelia Freeman-Lynde, 32, is one of three new members of the Durham Co-op Market board of directors; Tyler Jenkins and Clarence Terry, who is also an employee, were also elected at the Nov. 8 annual meeting. (We’re scheduling interviews with them as well.)

Freeman-Lynde grew up in Athens, Ga., the daughter of “hippies,” she says, who raised chickens, gardened and were early adopters of solar power. “I didn’t have a dryer until I went to college,” she adds, laughing.

She graduated from Barnard College in New York City, where she worked in theater, and moved to Durham with her husband in 2011. She is interested in food justice, sustainable agriculture and local food. Freeman-Lynda was the first employee at Monuts Donuts, where she worked for three years. She now works at the Scrap Exchange and the Carolina Theatre.

We spoke with Freeman-Lynde about the direction of the grocery, the role of worker governance and the importance of co-op in the greater Durham community.

BCR: What prompted you to run for the board?

AFL: I became a co-op member in December 2014, before the store opened. As a consumer, I felt in the co-op being successful. I had conversations with peers and friends who had concerns about how things should go at the co-op.

The store posted an $87,000 loss in its first six months. This is typical for businesses in their early years, and is much better than original projections. What are the steps to profitability?

The trajectory is very positive and hopeful. If people were to buy one more item—two more dollars in their shopping cart—the store would break even. We need to educated people make sure they know why they should choose to shop there. We need to improve the prices and find more products, staples that are less expensive.

The controversy at the annual meeting focused on the role of worker governance on the board and worker-owner shares. How is that going to be resolved?

I feel really good about the direction of the board. We’re going to find a good solution, and we want the process to be transparent, to get input from people who are being affected. We’re setting up a timeline and several meetings to come up with a solution. We want to balance idealism with practicality. No one on the board is letting go of any idealism. there is no question that workers will be represented and their feedback will be part of the board’s conversations.

Frank Stasio, the board chairman, has emphasized that the board’s job is not to micromanage the store operations. In your view, what is the board’s role?

We’re figuring this out. What’s the most practical way to make it work. I really value direct communication, making sure the agenda is posted ahead of time, that it’s transparent.

What do you see as the co-op’s place in the greater Durham community?

We need to tell people what the co-op is. Not everyone who goes to the grocery story can think about anything but affordability. It’s exciting to think something so integral to daily life could be a community activity we can be invested in. But Kroger isn’t asking me what I think. People  feel invested and they want to have a voice, and a good representation of local growers, to make sure it’s affordable.

People ask, ‘Why should I shop here?’ It’s our job to let people know how this is designed to be more involved in the community. Also reducing waste, getting more bulk foods. That we have a choice is a luxury to shop somewhere that has local produce, that reduces waste. It’s a way I can contribute to something sustainable.

I prefer to think of myself as an environmentalist, and a foodie, than a hippie. Keep up the good work!