Bull City Rising
About Archives @bullcity
Preservation Durham has a plan for new Durham Police HQ; council to vote tonight
The deafening silence of gunfire (politically speaking, that is) 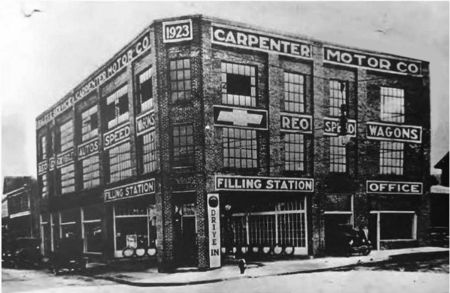 The big tell during last night’s discussion about the new Durham Police headquarters happened when an architect from O’Brien/Atkins reassured City Council that it will be a “building everyone in this room will be proud of.”

That’s precisely the problem. The building is not just for the people in the room, many of whom, let’s face it, in 40-odd years will likely be hanging out in the big Council Chambers in the sky (yours truly included).

This is why the new proposal by Durham Area Designers and Preservation Durham looks far better, on paper anyway, than the five schematics produced by O’Brien/Atkins.

Council, to their credit, delayed the scheduled vote to allow time for city staff and OBA to further evaluate and do the math on the DAD plan, aka Scheme 6.

“This is one of the most difficult issues we’ve faced,” said Councilmember Don Moffitt. “I’ve long been concerned about the impacts [of headquarters] on Main Street, and the conflicts between activating the street and the security of the site, which is bounded by four public streets.”

To that end, Scheme 6 moves the DPD building and its parking deck off Main Street to mid-block, thus avoiding the fortress vibe that such a structure tends to exude. It addresses DPD’s security concerns by making the building less open to the street. (Never mind the question of why this site was chosen, considering these security concerns.)

It creates friendly open space along Main. It calls for private development along the primary thoroughfares of Main and Ramseur, which could enliven the street and generate tax revenue. And it saves the Carpenter Building, although the city would sell it to a developer, thus bringing in more cash.

And cash is a very big concern with this project. Schemes 1 through 5 all exceed the original budget by as much as $19 million ($81 million versus $62 million). Part of the reason for the overage is that the soil conditions on the site require a deeper foundation than planned for. Once the city factors in some other property sales, such as the current DPD HQ building ($10 million, supposedly) and wrangles the county for a couple million, then we’re closer to the original price tag, give or take $10 million.

If the city were to save the Carpenter Building, that adds another $4 million to the cost. And Council has made clear that’s a no-go. But selling it could save demolition costs and add another $150,000 or so to the city coffers. Sell some of four-acre site for private development, and that adds another $1.3 million.

As for the 90-year-old Carpenter Building, a former Chevrolet dealership, it’s headed for the salvage yard under any other plan. No Council members have said they want to save it.

“Why do we want to preserve it when a mile and a half away buildings were destroyed?” asked Mayor Pro Temp Cora Cole-McFadden, referring to Hayti. “This building has no value. Please help me.”

John Martin (a frequent commenter on BCR—hello John!) noted that the destruction of Hayti is precisely the reason why the Carpenter, and buildings like it, should be saved. “I have seen Durham make the same mistakes over again. We keep tearing down buildings and then a few years later we say ‘Oops.’”

The Carpenter Building, as Preservation Durham’s Wendy Hillis pointed out, is one of several historic former dealerships that have been repurposed: Fishmonger’s, Respite Cafe, and the Durham Housing Authority are all in old dealerships.

Marcus Jackson of Trademark Properties, who represented the Carpenter family in the sale of the land, told Council the building is “very sellable,” and that this neighborhood is quickly becoming a destination for “eclectic businesses” that are being driven out of the Central Business District.

Ponysaurus is scheduled to open its brewery near the future DPD site within the next two weeks. the old Bud Piper Roofing building, which Jackson is also representing, is under contract for redevelopment, not a tear down. The site is also within a quarter-mile of the future light rail station on Dillard Street.

To be fair to the architects and city staff, they had a charge from Council to “activate Main Street” with the new headquarters site. Bo Ferguson, deputy city manager of operations, told Council that the city would lose some control over the appearance of any private development on that site. (That’s a weak argument, considering the city sold easements and slivers of Durham Central Park land to accommodate architecturally banal 539 Foster Street condos.)

“The DAD proposal misses an opportunity for our project  [the DPD building] to have a positive impact on Main Street,” said OBA’s Kevin Montgomery.

Which brings us back to the point: The DPD building is not appropriate for Main Street, but the city bought the land and we have to live with it. So let’s cushion the headquarter’s blow to the neighborhood with businesses that contribute to its vitality.

“If we can sell the Carpenter Building and the triangle [of land along Main] and add to the experience—not just something handsome but something that people want to walk to and use—then I’m in,” Moffitt said.

Not to mention our track record on building government buildings that we can be proud of is not exactly stellar.

City Hall annex is a disaster with service entrances facing the street facing a park.

The convention center is a disaster with a blank wall and a service entrance facing what should be Durham's second main st.

The county doesn't do much better. The laughably-named Human Services building with its single entrance sized for elephants and a mammoth parking lot.

The new courthouse, who's best feature is the fact that it blocks a view to the jail. (Among its worst features - the giant stairs leading up to the plaza on Dillard St., and the unwrapped parking garage that you get to see right when you exit the Durham Freeway and drive into downtown).

The old new courthouse with its wierd plazas and lot that is halfunderground at the corner of Main and Roxboro, arguably one of the busiest intersections in downtown.

Isn't the working definition of insanity doing the same thing over and over again and expecting different results?

"The DPD building is not appropriate for Main Street, but the city bought the land and we have to live with it."

We don't have to live with it. The city can sell the land and build elsewhere.

I agree with the poster above. I know the cart has left the station....but why can't the city sell the lot and then buy the huge option (off Alston? I believe).

The other site option that was passed over resolves ALL of these issues. All of them.

If there is even a 1% chance of moving the future police station it should be considered and fought for.