Bull City Rising
About Archives @bullcity
Like a good neighbor: Durham Rescue Mission and North-East Central Durham try to make plans together
"Bargain Furniture" building to get a Pit below, Underground above?

It's not the first Durham food truck to go wheel-free; that honor belongs to Only Burger. It's not the first downtown bakery to bloom from an irregular-hours Durham Central Park niche; that'd be Phoebe Lawless' awesome Scratch Bakery. And it's not the first "cupcake bar" announced for downtown Durham -- that'd be The Cupcake Bar from Durhamite and former Greenfire staffer Anna Branly and her sister, pegged for Scott Harmon's Five Points revamping. 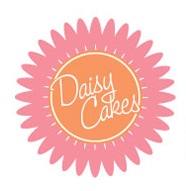 But that doesn't make it any sweeter to learn that Daisy Cakes has formally signed a lease for space in 401A Foster Street, the industrial building rehabbed by Scientific Properties that's also home to Piedmont, Urban Durham Realty and the Bull City Arts Collaborative.

BCR's learned that the Foster St. space will be the home for Daisy Cakes, which put out a Kickstarter project last year looking to raise $20,000 in pledges towards a brick and mortar location. (The news, received from a source on Saturday, was confirmed in a tweet by the DaisyCakes folks that day.)

And the choice of locales shouldn't be a surprise, given that a Central Park-area location has been the goal for the small business' owners since they launched a fundraising campaign towards a permanent locale.

The Airstream of gooey tastiness currently plants itself north of the Farmers' Market most Saturdays, at the (we still aren't loving this term) NoCo ground-zero intersection of Foster and Geer.

Tanya and Konrad Catolos announced in a March update of their Kickstarter effort that they'd be looking for a permanent roost near that northern downtown nest:

We are working hard to make the best use of the pledges you so generously gave to our project. We have made some great purchases of a 20 and 30 quart mixer, a dual convection oven and a six burner range. This has all come under budget, so that allows the funds to go even further.

We are also negotiating for a space that will, hopefully, keep us in the Central Park District. Please keep your fingers crossed and positive thoughts coming. While it will be months before we can open the doors to the DaisyCakes Bakery & Cafe, time will go screaming by and before you know it, we'll be able to bring you the lovin' from the oven all week long.

In early May, the owners noted they were close to completing their negotiations on a permanent space for the bakery -- and, as of this weekend, those negotiations appear to have completed successfully.

Glad to see a couple of posts from you this a.m. Kevin.

But I've got to ask, "NoCo"? And if you don't like it, why use it and further validate it?

Yeah, those are names always so fake, real-estate agency sounding. Also, i dont think a one block area needs its own name. Let either call it Old North Durham or Central Park..but there's no need for a new name.

@JJ: Thanks for the comment and the welcome-back. Been a crazy last few weeks on the homefront (ever-lasting renovations) and the work front, culminating with a 19-hour workday on Saturday for me and many colleagues... but also giving some time up for air and blogging in its way.

I suppose when one makes an attempt at praeteritio it's only fair to note it. I would note that perhaps "still not loving it" overstates the ambivalence I have on NoCo -- wait, it's more than ambivalence. I like it, but don't like it, at the same time. How's that for being on the fence?

Can't say I'm a fan of "NoCo." Seems very not-Durham, and kind of precious. How about the "Auction District"? Or just Central Park. I've taken to calling the "ground zero" you mention the "Geer Beer Corridor" for my own amusement. And probably only my amusement.

Chatted with the Daisy Cakes folks at the Farmers Market on Saturday and very happy for them. Very nice people. They said they'll have the camper besides the building on Saturdays to get people used to the location.

>> I've taken to calling the "ground zero" you mention the "Geer Beer Corridor" for my own amusement. And probably only my amusement.

That's all right, Gary. For MY personal amusement, I call that restaurant the "Geer Barden" because, frankly, that's what you'll call it after a few proper beers.

ha! Geer Barden. that would have been a way better name.