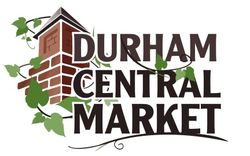 Durham Central Market made headlines last year when they selected a site at the corner of Broadway and Mangum as the proposed home for Durham's answer to Carrboro's Weaver Street Market and other cities' popular cooperative grocery stores.

But as we noted in our coverage of DCM's recent annual meeting, while the site location is optioned and while the co-op has attracted more than 900 members, what remains is the big step: raising the funds needed to put shovels in the ground in order to erect the proposed 10,000 sq. ft. store and its associated 3,500 sq. ft. outdoor space.

Co-op leaders said on background at the time that an investment campaign would be the next step, reaching back to those who signed up to become DCM members and asking for initial debt or equity investments in the project.

These investments -- which range from preferred stock in the cooperative corporation to community investment notes -- are intended to raise as much as $1.5 million from owners, a sufficient stake, it's believed, for Durham Central Market to raise another $2.6 million from banks and other debt sources to get the store off the ground.

If the funds can come together, a mid-2012 opening for the store remains the target.

Though subcategories of each exist, there are essentially two ways for DCM owners to choose to invest further in the project:

The differences between the two are laid out in prospectus documents sent to owners in recent days. A press release heralds the co-op's intent to raise as much as $1.5 million from the vehicles during the month of February -- sufficient funding, they believe, to move the project forward.

While the nature of the two vehicles differs (and not surprisingly, equity stakeholders have to wait for the co-op to operate, essentially, before they see any payout), both types of investment are likely to be subordinated to any external bank loans.

This is clear from the prospectus -- and no surprise, really, given that the whole point of these investments is to give Durham Central Market the financial bona fides it needs to be able to go to banks and other debt investors to raise the rest of the money for the co-op.

Based on the track records of other co-ops nationally, DCM expects that the typical co-op share owner will invest $5,000 in the project, though some investments of at least $50,000 are thought likely, too.

Ultimately, the work to date of attracting owners to the co-op is and has been the necessary step to show the level of community interest in the project and to justify ongoing unpaid volunteer time on the project -- as much as 12,000 hours, by DCM's estimate -- and to fund start-up costs for organizing, taking out the option on the site, and project management.

Interested in learning more? Stop by a scheduled event this weekend to find out more about the co-op's plans:

For more information on Durham Central Market, or to learn how you can invest in the development of acommunity-owned neighborhood grocery store, visit www.durhamcentralmarket.org or call (919) 627-1310.

More information on the investment campaign including the current status of fund-raising is available at http://www.durhamcentralmarket.org/investment

One correction, amid the admittedly confusing financial details:

The minimum investment in a preferred share is $1,000, but the denominations are available in $500 increments. In other words, preferred shares cost $500 a piece, but you have to purchase a minimum of two.

Thanks for the coverage, Kevin. I'll be happy to check the comments periodically if anyone has questions.