Durham's Zenph Sound Innovations shares their technology with the Triangle

When talking about his company’s product, Zenph’s Chairman and CTO John Walker speaks with the vigor and excitement of a visionary.

Walker is almost forced to, confronted with a public that needs to dream big in order to conjure the possibilities allowed by Zenph’s technology. Zenph, a recent transplant from the City of Oaks to Durham's American Tobacco Campus, is one of the most noteworthy arrivals on the local startup scene.

The software and hardware developed by Durham’s Zenph Sound Innovations allows for the digital storage of what Walker refers to as the “artistic DNA” of musicians. 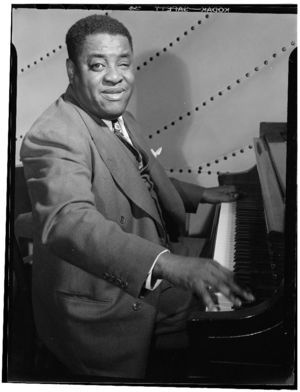 Instead of just storing the series of notes to be played or a recording of the sounds produced, Zenph is able to store the precise details of every motion that produces a piece of live music.

Walker is quick to point out that the possibilities of this technology are still being uncovered. Take, as an analogy, the written word. Before text was digitized, editing involved re-entering works as a whole on a typewriter.

Once text became digital, things that were never imagined before became possible.  The concept of a 'wiki' (such as Wikipedia) was absolutely unheard of fifteen years ago, but this technology now allows for the rapid dissemination of knowledge in an electronic form, as the basis of everything from encyclopedias to travel guides.

Walker is optimistic that the technology developed by Zenph will open up similar, currently unimaginable possibilities in music.

Already, Zenph has done what was impossible a decade ago—garnering Grammy nominations, and now, a show opening tomorrow at Raleigh’s Kennedy Theatre features the jazz legend Art Tatum, who died in 1956, on the piano.

Zenph’s product is the brainchild of Walker, who is no stranger to start-ups.  In the mid-1990s, Walker co-founded Ganymede Software after a career at IBM.  Over a half decade, Walker grew the company and eventually sold it in what was at the time the largest acquisition of a software company in North Carolina history (the title changed hands a week later when Ganymede’s sale was eclipsed by another).

Walker also has a strong footing in the arts. He holds a bachelor’s degree in both piano and mathematics from Southern Illinois University, as well as a Ph.D. in digital graphics from UNC Chapel Hill.  After selling Ganymede, Walker decided to tackle what he views as the biggest problem in modern music: how to properly store it in a digital format.

Many would mistakenly believe that computer scientists have already solved this problem.  In reality, however, MP3's and FLAC's are just artfully compressed waveforms.

Waveforms contain some surprisingly simple data: a measure of frequency produced over time.  Waveforms can be edited in simple ways, such as equalization, which can make the low frequency sound of a bass more prominent than a high frequency guitar solo. The caveat of a waveform, however, is that it merely stores a rendering of music, and not the actual music itself.

One format, MIDI, attempted to solve this problem 30 years ago by tracking each individual note produced.

The problem with MIDI technology, however, is that it is an out-of-date format (as Walker notes, “What other technology do you use that has not been updated in 30 years?”) It simply does not have the ability to capture and store the nuances of how music is performed by artists.

Walker likes to explain his technology in a way accessible to anyone that’s taken a one-on-one music lesson. Imagine you’re sitting down at a piano lesson, and you play a piece for your instructor.  The piece is played well, but you get the instructions from your instructor: “Play it again, but sweetly”.

Most musicians and aficionados can immediately conjure up how these instructions are to be followed; a computer cannot.

Zenph’s technology changes that with a digital music format that stores not only the note played but exactly how it was played. In essence, it captures the precise keystrokes and pedal motions that comprise a piece of performed music.

This technology allows for re-performances, a new concept in live music. These re-performances are much more versatile than a simple re-mastering of an old recording, which comprises a touch-up of the waveform derived from an old LP or studio master.

Instead, a re-performance allows studio engineers to re-record a work performed in the same exact manner as the original musician.

Zenph has won several awards for this technology, including several Grammy nominations. Their technology was named one of New York Times magazine’s “Best Ideas of the Year”, and works such as Zenph’s Rachmaninoff Plays Rachmaninoff have received accolades and awards from publications including The Absolute Sound, Stereophile, and Audiophile Audition.

Walker and company are ambitious about expanding their technology to other instruments.  The piano was a natural starting point for Zepnh, given that mechanized pianos have been in development for 150 years. In the works are prototypes of an upright bass and saxophone, with drums targeted to round out a full jazz quartet.

To expand their technology, Zenph has been in a period of rapid growth for the past year.  Prior to last year, the 8-year-old company had only five employees.

An infusion of capital from Intersouth Partners has allowed the company to expand to 28 employees.  Zenph has also landed office space in the first floor American Tobacco Campus’s Powerhouse building, which is currently under construction. (A door with Zenph's logo appears on the first floor of the ATC's Washington Building, providing at least some temporary footprint.)

In the coming years, Zenph plans to focus on exposing more people to their technology. Already, they have been able to rapidly expand their efforts at releasing re-performances in recorded format.

A much more powerful introduction, however, is a live re-performance itself.

At its heart, Piano Starts Here is a two-man show. The plot features fictional Harlem jazz club owner Doc Hanley, played by Trevor Johnson, sharing his memories of Art Tatum. Johnson excels in his role, re-counting Tatum’s exploits with the authenticity and zeal of a master folklorist.

Hanley weaves a tale of the Tatum’s experience as a black man becoming increasingly popular in the white world. At a time when baseball was a segregated sport and black performers faced a herculean task in booking shows at white venues, Tatum's skill allowed him to artfully navigate the route to stardom.

Compounding the problems faced by other black musicians was Tatum’s exceedingly limited vision.  Still,Tatum was widely acknowledged as the best pianist of his day.

The real star of the show is the deceased Art Tatum himself. Interspersed in Hanley’s memories are re-performances of Tatum’s works on a custom-built Yamaha piano. The music is indescribably beautiful and delivered in a fidelity that no recorded work could attempt to match.

Simply put, you sense that Tatum is in the room, playing the works that made him a legend. Zenph’s software is able to perfectly re-create the masterful skill that made Tatum famous. The show is not to be missed by any jazz fan.

Piano Starts Here begins its run tomorrow at Raleigh’s Kennedy Theatre, part of Progress Energy’s Center for the Performing Arts. Tickets for the show, which runs through December 19, are $36.

i don't mean to be snarky, but there are also incredibly frightening implications of this technology when it comes to the flaws and eccentricities of a the human hand relative to the moment of musical performance - and taking the human out of the equation. imagine hearing how art tatum would have performed lady gaga's poker face. i mean, EXACTLY how he would have performed it. well, maybe that wouldn't be so bad :-). perhaps if john walker is reading, he could comment. thanks.

My comment is for Zenph, a compliment and a thank you. I guess it's an independent plug for them too, though I do have a friend employed there and also I am perhaps overly awed by their process as with the audible qualities of their end result.

But, I really really love Zenph's "re-recorded" Rachmaninoff Plays Rachmaninoff, it sounds just chillingly amazing. It will be going into my mother-in-law's Christmas stocking.

The very first mp3 I ever encoded, 12 or more years back, was Art Tatum's Taboo. I made it while taking a legendary history of jazz class during undergrad, from an old record that had been played literally thousands of times by my fellow students in the deep dark recesses of my school's music library. The sound quality is horrible but the music of course is just amazing and it gets me excited every time I hear it. I am grateful for having that little 64kps computer file all these years, and still play it for friends whenever I can. I'd love for Zenph to give us another Taboo, until another Art Tatum comes along to play it for us live.

If we had the means, I bet most of us would like listening to only live music. More often though my hears are hearing music frozen in time as a recording, and for that I appreciate the craft of both the musicians and the technologists who try to capture some of it and share it. I think Zenph takes their craft very seriously and in a way I hope others will agree honors the artist and is not too cyborg scary.

I just listened to the UNC interview and was completely fascinated by the implications of this. So very cool and what "technology" should be all about.

it is very interesting technology, yes, i don't deny that. my concern is the potential of displacing generations of musicians, if applied carelessly. i'm confident the zenph folks have their hearts in the right place, only a very sincere love of music could justify the passion needed to create this technology. but the potential is there to make musicians obsolete. and just imagine the potential copyright, royalty, and intellectual property issues when this technology starts to produce new music by dead musicians. as a working musician, i would never want someone fifty years from now making new music that sounds like a legitmate performance by me circa 2010.