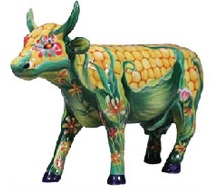 As October draws to a close, a reminder that this is the final week for the Bull City Vegan Challenge, an attempt to foster awareness of both vegan dietary interests and their power of the pocketbook in drawing business.

And the event certainly seems to be doing that; its sponsors note positive feedback from restaurants like Beyu Caffe and Rue Cler, where vegans are making up overwhelming numbers in the reservation books some night or -- in Beyu's case -- eating the restaurant out of house, home and vegan chocolate mousse. (Mousse can be vegan? Sign me up.)

Each of the restaurants competing in the challenge has come up with one or more dishes that meet the dietary criteria. Patrons try the dishes and vote via the BCVC web site for their favorites. And they're not shy about sharing what they think on the Facebook page or via comments on the web site, either.

Winners get a nominal prize and certificate, but the real win here may be for Durham's vegans, should the contest manage to get some of these dishes added full-time to restaurant menus.

let me tell you...if you have nothing else from the challenge, have that vegan chocolate mousse. You have 3 guesses at what the main ingredient is, anf it will floor you. the creativity of the chef alone is to be commended!

I would love to see a vegetarian/vegan restaurant come to Durham. Something like the Laughing Seed in Asheville. I'd imagine there would be a market for it in the Bull City.

@GL: I said creative...therefore not an expected ingredient. not fake or processed. just go on and eat one. ;)

i'm not even vegan, but i appreciate good food using good ingredients--whether it incorporates animal products or not.

@LK: Laughing Seed is one of the highlights of an asheville visit...they have great people working on the food in there.

The offerings at Rue Cler are some of the best non-meat dishes I have ever had(I am a flexitarian, btw).We are truly lucky to have the amazing talent of these creative chefs.

This challenge has been super fantastic. I have gone to so many great Durham establishments that I never would have gone to otherwise. Hats off to the creativity and enthusiasm of the chefs. I know lots of non-vegans who have been enjoying the dishes as well. I hope lots of the dishes find their way onto the menu permanently so I can keep eating!!