Casbah, the new, Brightleaf-area music venue on Main Street, is set to open its doors tonight at 6pm.  After a frantic week of final construction and the unavoidable regulatory hoops, owner Jana Bradley is ready to debut the nightspot she has been working on for the past nine months.

At approximately 300 seats, Casbah weighs in at half the size of Chapel Hill's Cats Cradle.  That won't stop Steve Gardner, Casbah's booking guru, from trying to draw in the best of local, regional, and national acts.

Gardner has over 15 years of experience working for record labels, but besides for a few house shows, this is his first time on the other side of the bookings table.  Although it's still early, the venue appears poised for success with October and November's schedules almost full.

Casbah is hoping to have shows Wednesday through Saturday each week.  Additionally, the venue has lined up a monthly date with The Monti, a group dedicated to storytelling and narrative.  Casbah is also available for private parties and other events.

The venue has a grand opening set for September 15th featuring Joy Kills Sorrow and Caitlin Cary and Matt Douglas of The Small Ponds.  The first two weekends will be an opportunity for the community to come out, view the new space, and obtain their state-obligated membership.

Casbah will have a full bar in addition to their selection of sixteen draft beers.  The draft list includes many local and regional craft brews, with two beers featured each from Durham's Fullsteam and Triangle Brewing Company.

September may see the opening of a second large music venue in Durham as well, with Motorco Music Hall aiming for a late-September date.  Bradley and Gardner don't view their friends at Motorco and The Pinhook as direct competition, though.  The venues are different sizes, allowing each to attract bands at different stages of stardom.

Casbah, for instance, might be appropriate for a band from the West Coast that does not yet have a loyal Triangle following, where a well-known band could go to the larger Motorco or Cats Cradle.  Similarly, The Pinhook has found quite a niche featuring local and regional acts.

See some pictures below from Thursday's final preparations.  Tonight's set, featuring a performance by Stonehoney, starts at 7:00pm.  Doors will open at 6:00 (more via Casbah's Facebook page.) 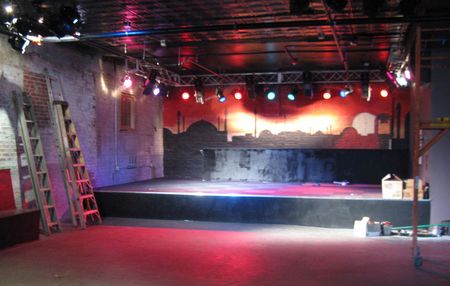 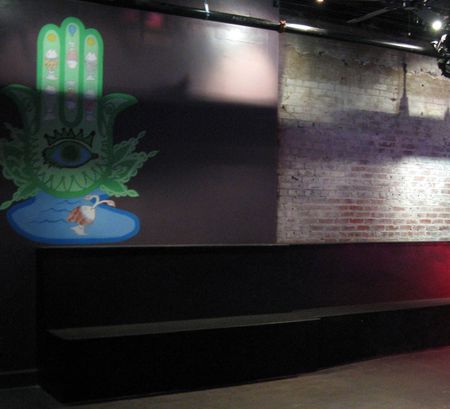 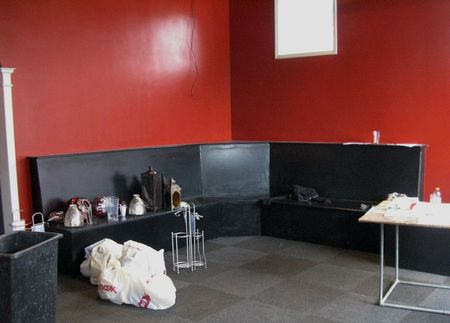 They're brave souls for painting the outside of Casbah that lighter shade of blue in the middle of Dukedom!