Note: This is the first in a 3-part series on beer in Durham.

The development of Fullsteam Brewery has been closely followed on the Internet by both beer aficionados and proponents of local food systems alike -- and come August 13, its social media won't be the only thing you can consume.

That's the opening day for the new brewery, which 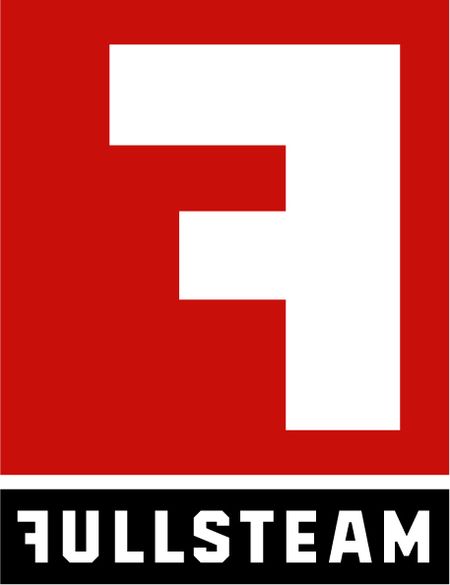 has located itself at 726 Rigsbee in Durham’s Central Park district, and which promises to extend the farm-to-fork model to beer, resulting in a “plow to pint” product that is eagerly awaited by many in the Durham food scene.

Fullsteam is spearheaded Sean Lilly Wilson, the former leader of North Carolina’s ‘Pop the Cap’ campaign, which successfully lobbied the NC Legislature to raise the state’s alcohol-by-volume limit on beers from 6% to 15% in 2005.

A country boy at heart, Wilson desires to extend the recent and vibrant farm-to-fork focus in the local food scene to the world of beer, an industry dominated by both traditional styles and international conglomerates.

Durham is well-known for its love of craft beer (more on this will come later in the series); new to both our city and the South as a whole, however, is a focus on the still un-defined genre of Southern beer.

Fullsteam is Wilson’s first formal beer gig, with Pop the Cap being a strictly volunteer position.

Beer, however, has been an integral part of Wilson’s life since his move to Durham in the 90’s.

The Pop the Cap campaign itself began by accident, when Wilson found himself participating in a beer session in Durham featuring domestic and international craft beers that violated the state’s ban.

After realizing what he was missing out on as a North Carolinian, the Durham transplant conspired with All About Beer’s Julie Johnson and numerous other beer lovers to increase the state’s alcohol-by-volume limit to a more realistic 15%.

The campaign was long and difficult, but after more than two years of lobbying, Pop the Cap was able to increase the limit to a number more in line with modern craft and international beer styles.

In homage to the grassroots movement, Fullsteam's August 13, 2010 opening date is not coincidentally set for the fifth anniversary of Pop the Cap.

And quite fittingly, Fullsteam's a craft brewery that's trying to find a way to connect locally, just as Pop the Cap did -- this time with a localism that's based around regional agriculture instead of politics.

Many craft breweries pride themselves in their ability to re-create traditional styles of beer. It does, of course, take a high amount of skill to perfectly replicate an internationally-known style such as Hefeweizen or Kolsch.

Even more difficult, it can be argued, is the creation of an entirely new breed of beer--one that is sourced from local ingredients and aims to represent the essence of local agriculture.

For as long as humans have been brewing, beer styles have been inherently local; a Belgian white beer can be exemplary of the ease of growing wheat in Belgium, for example.

American beer styles, however, remain few and far between, with the “Steam” or “California Common” variety of beer remaining the only truly American style of beer.

(For those interested, a Steam beer or California Common is a style that originated during California’s gold rush; it is a beer brewed using lager yeast at warmer ale temperatures—a result of the lack of cool cellars in the San Francisco Peninsula at the time.)

And in Fullsteam's case, the craft brewery is trying to be local in a particularly groundbreaking way -- by tacking their new perennial question, what exactly is the identity of Southern beer?

That is, given the climate of North Carolina, what would a beer look and taste like if it were sourced primarily from ingredients available on a year-round basis from North Carolina farms?

To embark upon this quest, Wilson and his crew (featuring Chris Davis and Brooks Hamaker in charge of brewing operations) are experimenting with a "Plow to Pint" series of beers that are designed to both feature and complement traditional North Carolina ingredients.

Future Plow to Pint experiments include beers based upon everyone’s favorite invasive species, Kudzu, and 300 Mile, a beer to feature only ingredients harvested within 300 miles of Durham.

To round out the Plow to Pint philosophy, the Fullsteam crew has partnered with faculty from NC State University to test the viability of growing hops on a commercial scale in North Carolina.

In addition to its experimental Plow to Pint series, Fullsteam promises a line of readily-accessible “Workers’ Compensation” beer styles.

Among these styles are Fullsteam’s flagship beer, the Carolina Common, an interpretation of the California Common beer style, and the Rocket Science India Pale Ale, El Toro Cream Ale, and the 6:14 Mild Ale (named after the average “beer o’clock” in England, per an SAB Miller marketing study.) The Workers’ Compensation series promises to provide an always-available line of beers that conform to well-known styles.

Fullsteam has begun to line up accounts around the Triangle for self-distribution of its beers.  Initial batches have begun fermentation, and all signs point to a successful August 13 opening date.

In the interim, the Fullsteam crew aims to continue to hold initial preview events, much like their extremely successful “Local Night” that paired a fundraiser for Durham Central Market with local bands on June 12.

Fullsteam’s willingness to hold public events emphasizes their belief in beer as an experience.  Fullsteam’s space, designed by Ellen Cassilly, is very clearly designed as a spot for public gatherings. 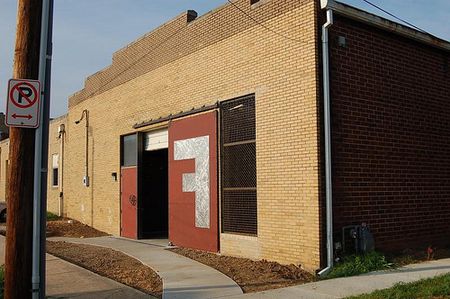 beckoning pedestrians to enter and explore.

The space is divided into four sections: a welcoming room lined with genuine Liggett & Myers tobacco-drying gauges that serves as a spot to relax and eat on picnic tables; a larger space with a concert stage nestled firmly in one corner; an air-conditioned bar area for acquiring your next beer; and a fully-functioning brewery facility replete with lauter-tun, kegging line and 300-gallon fermentation tanks.

Additionally, Fullsteam has arranged for use of the adjoining warehouse bay of their facility, allowing them to eventually expand their operation and host both private special events in the main space and a regular calendar of tavern hours for the general public.

The tavern hours are an important aspect of Fullsteam’s business. Wilson hopes that locals view the new brewery as their space, visiting on a regular basis to sample the latest batch of the Plow to Pint series or whet their whistle with their favorite Workers’ Compensation style after a long day of work.

The first batch of beer, brewed during the Local Night event on June 12, is a farm-style Saison that features basil from Coon Rock Farm in Hillsborough.

In the coming months, the Fullsteam team will continue brewing more beer, and finish building out their tavern space, preparing them for their August 13 opening.

Posted by Rob Gillespie on July 07, 2010 at 11:00 AM in Commercial Development, Downtown, Food and Drink, Renewal & Development | Permalink | Comments (6)

**AND** next week, five of the Fullsteam beers will be paired with Dos Perros food at a Fullsteam dinner at Dos Perros: http://dosperrosrestaurant.com/events-july-dinners/

July 14th! As Charlie Deal puts it, "Sean has certainly done the rounds, offering free tastes of his fine brews in the name of charity and community, but this may be your first chance to actually pay the guy. And that’s something he’s certainly earned by now."

Also, Tyler's will be hosting a launch party type thing on 7/29 with all 5 current Fullsteam beers on tap: http://www.fullsteam.ag/blog/2010/07/durham-nc-072910-durham-launch-blowout-tylers-taproom-durham/

(or, if one wanted to schlep all the way to Raleigh in order to drink Durham beers, they're doing something similar at Flying Saucer the night before, Weds 7/28)

Very excited for their opening. Especially now that I know they will be making a sour beer!

I can't wait! Congrats to Sean and company for making their dream a reality.

More area microbrews are definitely a good thing... especially one that plans to use local ingredients. It's wise to reach out to the Raleighites that might want to sample the beer as a way of priming the regional marketplace.