It's a bad week to be on the Louisiana side of the heretofore little-known Durham-Bayou State rivalry.

First the Bull City picks up the headquarters of Baton Rouge-based consultancy IEM earlier this week. Now comes word that the former VP and head brewer of New Orleans' Abita Brewing Company is making the leap to Durham. 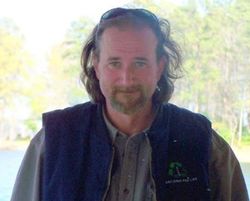 Fullsteam Brewery -- a DAP-area startup promising Southern agricultural beers for what's being marketed as a "plow-to-pint" line of brews -- noted in a press release today that Brooks Hamaker would join Fullsteam in early 2010 in advance of the brewery's spring opening.

Abita is the largest brewery in the southeast US and is one of the US' 20 largest craft breweries, and in the top 40 of breweries overall nationally.

Hamaker worked with Abita from its inception through most of its rapid growth, developing their popular Turbodog beer among other recipes. He's also been featured as a food and travel writer and is the "resident beer expert" for Salon.com's food panel.

Brooks Hamaker has been involved in the craft brewing revolution almost since its inception. He joined Abita Brewing Company in 1988, growing the company from fledgling startup to one of the nation’s largest and most successful craft breweries. As Head Brewer and later as Vice President of Operations, Brooks was charged with the dual task of encouraging and managing rapid growth. He was wildly successful, taking Abita from a few hundred barrels of beer to 35,000 barrels a decade later. Brooks also created and developed a number of Abita recipes -- most notably, Abita’s flagship, Turbodog.

Following his tenure at Abita Brewing, Brooks brought his experience and know-how to breweries worldwide, constructing and operating brewing operations in the southern United States, Mexico, Ireland, and Hong Kong, as well as consulting for a number of U.S. breweries and brewpubs.

Fullsteam is expected to open up at their industrial digs on Rigsbee and Geer in the spring of 2010. Find out more at their web site.

This is great! Purple Haze is one of my favorite beers. I'm excited to see what Mr. Hamaker can come up with for Fullsteam!

Louisiana's loss is Durham's gain once again. What's really nice about these new businesses in the city is that they blend into the area's interest nicely and can rely on existing talent, rather than appear like an awkwardly recruited and ill-fitting addition to the region. This is the way economic development should work around here. Welcome to the area, Brooks Hamaker!

Abita Brewing is across the Lake from NOLA...in Abita Springs (famous(?) for its water). I can bow break-out my tie-dyed Abita shirt!!

Nothing better in NOLA than a plate of red beans and rice w/green chilies and andouille sausage, a warm, buttered baguette, and an ice-cold Abita on the side!

An oyster po-boy is a close second Green Lantern

Thanks, everyone! We're super excited about Brooks moving to Durham.

Brooks is a darn good cook, so expect some crawfish boils, red beans and rice, and gumbo when we cook for special events!

Brooks knows NOLA food. 32 cooks up some awesome Carolina style 'cue. It's not Southern, but I love making Kao Soi, a hearty Thai curry. Between the three of us, we're going to be really tempted to build out that kitchen.

A win for both Durham and Fullsteam! This move shows the brewery means business and is serious about being a player in the market.

Huge gain for Fullsteam and the Bull City! Awesome! Some of the best stuff around!