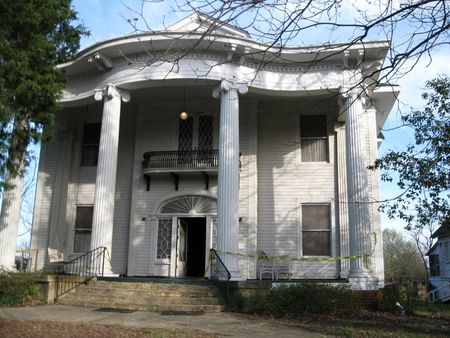 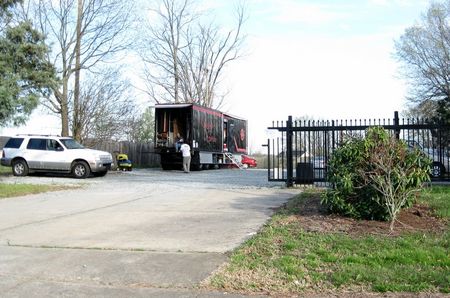 Looks like the rumors were true: Personal care products maker and longtime Triangle corporate citizen Burt's Bees is on the verge of moving downtown, to American Tobacco, from their current perch on the Durham-Wake border at Keystone in the midst of RTP.

The H-S' Monica Chen has a very good and detailed look at the news, which first popped up in the public record late Monday, via the April 6 City Council agenda.

Chen reports that the Hill Building -- currently the home of mobile content provider Motricity, which is in the midst of moving to Washington state -- would be Burt's Bees new site. BCR understands that Burt's Bees could potentially lease the entirety of the building, only half of which was occupied by Motricity; the firm would start in the existing footprint and expand over time.

The Hill Building has been rumored to be under scrutiny for other relocating firms before; last fall, a deal to relocate Bandwidth.com from offices in Cary to downtown Durham -- in what was rumored to be a Hill Building play, though unconfirmed by the company -- fell through.

DDI's Bill Kalkhof tells the Herald-Sun that Burt's Bees, now a division of Clorox, has weighed expanding at its current site, or relocating to Wake County's Perimeter Park, which we believe is in Morrisville, if American Tobacco isn't an option.

Interim director of Durham's Office of Economic and Workforce Development Kevin Dick notes in his memo that the firm has applied to Durham for $183,750 in economic development incentives. (We presume that this has been the subject of the two recent City Council closed sessions on economic development.)

In Durham, sidewalks are required – except when they aren’t 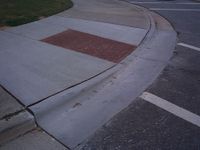 The Watts-Hillandale neighborhood listserv has recently been chattering over the appearance of corner curb cuts, those downward-sloping transitions from street to sidewalk that allow easier access for the mobility-challenged to use the walkways.

Not that folks aren’t supportive of the idea of more accessibility, we suspect; instead, they were curious why these presumably-pricy features were being added in particular areas where, say, a sidewalk disappears mid-block – or where there’s barely any sidewalk at all on that block.

City Councilman Mike Woodard addressed the matter, which comes down to a predictably simple motivator: the settlement between the U.S. Department of Justice and Durham over Americans with Disabilities Act compliance:

[The] curb ramps we've seen at Woodrow and Carolina, as well as other places near WHH, are a requirement of a judicial order for ADA compliance that was issued to the City. Every intersection that has curb and a sidewalk must have a ramp, no exceptions, even if the sidewalk appears to go nowhere or end mid-block.

It doesn't make sense to me, but the order is very clear on this point and has been reaffirmed by the feds. Seth [Vidal] is correct that this order was the result of a law suit against the City for non-compliance. But Durham has not been alone in this, as many other cities in the region and across the country are working under similar orders.

Of course, legal orders aside, the City has been generally encouraging of sidewalks being added in new development; retrofitting areas with sidewalks is challenging, with the DurhamWALKS! plan from a few years back specifying high-priority corridors throughout the Bull City, but with dollars scarce to make progress on the plan. Thus, the importance of mandating that developers build sidewalks along public rights-of-way when a new site is developed; even when they’re not developing anything except sidewalks to nowhere.

(When BCR's editor volunteered with Habitat for Humanity a couple of years back, the non-profit was required to develop a slice of sidewalk along Junction Rd., an expense in the tens of thousands of dollars; theirs is the only slab of concrete sidewalk anywhere between Cheek Rd. and NC 98.)

All of which makes it ironic that one of the Bull City’s celebrated new developments, the massive Quintiles headquarters on Page Rd. off I-40 in the Imperial Center, didn’t have to build useful sidewalks connecting to the rest of the fast-growing development. And what pedestrian connections they were required to build didn’t have to accommodate wheelchairs.

Continue reading "In Durham, sidewalks are required – except when they aren’t" »

One of the more interesting matters in the H-S over the past few days has been its welcome look at Southern High, a secondary school that's ranked at the bad end of the state's list of troubled high schools. As the H-S' Laura Collins has noted in her series, the picture is complex, and challenging -- and kudos to the H-S for devoting a three-day series to delve into the matter. Many of the issues of socio-economics raised in the series are among the same ones we've been beating the drums about at BCR for some time; more on this in the days to come here at BCR.

Main St. to be detoured from Duke to Ramseur for 45 days due to streetscape work

Durhamite friends, did you miss that feeling of road construction we had downtown a couple of years back? That feeling that everything could be new and revitalized again, if only we dug up the asphalt and shunted everybody around onto different streets for a while?

Then take heart: it's back!

We haven't seen a press release on it -- so it's possible the schedule has slipped -- but according to the City's project page for the West Village streetscape effort:

Main Street between Ramseur and Duke streets will be detoured to through traffic starting Monday, March 30 for 45 days. Local traffic only will be maintained. The closing is needed to allow the contractor to install the underground vaults for the new power infrastructure....

Lousy timing for West End Wine Bar, which is set to open sometime in early April at last report -- though local traffic will always be allowed through, here's hoping this new addition to downtown avoids the headaches that plagued some of the businesses in the City Center district while street rehab work was underway there in '06-'07. 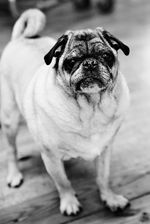 We at BCR are fans of the good folks over at Parker & Otis, who let us know that today is the 12th birthday of Otis -- the pooch whose name graces half of the downtown foodies stop's name. It's "PandO-monium" as a result, with discounts from 12%-50% across their departments (wine, chocolate, candy, coffee, tea, gourmet foods, and beer.)

A number of P&O's suppliers, including Centerba Selections, Fat Tire Beer, Stonewall Kitchen, and The Haw River Wine Man will be around during the day to help with the celebration. Free wine tastings and gourmet food demos will be happening throughout the day to boot.

The long-vacant director position over General Services has now been filled -- with an architect who's got plenty of years' experience in municipal construction management filling the slot.

Durham's General Services department is allocated 136 FTEs this budget year; the department's responsibilities range from facilities and landscape maintenance, to urban forestry, to project management and real estate, to cemetery maintenance. The group carries a $13 million budget line item in this year's allocation.

Former director Mark Greenspan left the position in '07, taking a job with construction firm Skanska shortly after the City moved forward with a construction manager at risk strategy for the DPAC and other major construction projects in recent years -- an issue that became a point of heat but little light in Thomas Stith's candidacy for mayor that year, as the N&O pointed out two years back. Chris Boyer has been runnign the department on an interim basis since then.

Joel Reitzer comes to Durham after a number of years spent working in Florida, including Jacksonville and Orlando. Articles from the (Jacksonville) Florida Times-Union show he was embroiled in a difficult and wildly over-budget, over-schedule county courthouse construction project, though as Ray Gronberg notes in the H-S today, it looks like the problems with that project came before he became involved.

It's official: the American Dance Festival is moving its largest performances from Duke's outdated, outmoded Page Auditorium to the Durham Performing Arts Center.

While many productions will still be housed at Duke's Reynolds Industries Theater and (according to the H-S) at Baldwin Auditorium on East Campus, the move to DPAC brings the signature dance festival to a downtown facility funded with the help of the university, and intended from its early days to support the Duke-housed annual summer festival.

Also new this year: Golden Belt gets into the act, hosting a single performance. The ADF's release notes that one additional "Triangle" venue will also play home to one dance performance.

This year's inaugural performance, to be housed in the DPAC, will feature Shen Wei's arts company, which contributed memorable works to last summer's Olympic Games in Beijing.

From the ADF web site:

Focusing on the impact each dance form has had in the development of current artistic expression, the eclectic works presented will look at the boundaries that do or do not exist between the two. Many of the modern choreographers represented this season – Paul Taylor, Twyla Tharp, Laura Dean, Ohad Naharin, Mark Morris, and Shen Wei – have choreographed works for some of the world’s top ballet companies. Similarly, ballet choreographers such as William Forsythe have also influenced the modern dance world. Festival audiences will get a taste of this most intriguing intersection of forms at the ADF this summer. The 2009 Festival will also feature commissioned World Premieres from Festival favorites Shen Wei Dance Arts, Pilobolus, and new to the ADF, Faye Driscoll and H. Art Chaos. In addition, a mini-festival of works by Israeli choreographers, reconstructed works by Laura Dean and Twyla Tharp, recent work by Miami-based Rosie Herrera, and two site-specific, community-based projects choreographed by long-time Festival participant Mark Dendy will complement the many dance-related opportunities available at the ADF this summer.

Tickets to ADF go on sale on May 11 through Duke's ticket office and the DPAC.