We've written here before about the Kings Daughters Inn, the new fate of a very old building along Buchanan Blvd., the demarcation line between Duke's East Campus and the popular Trinity Park neighborhood. 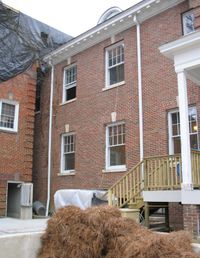 The Kings Daughters Home was long an old-age society for single women; founded with land and money from Brodie Duke (the black sheep of the family, who developed much of Trinity Park), the charitable home at one time housed as many as three dozen women.

By the early 2000s, the population had dwindled to a twelfth of that number, and the society sold the house with a number of covenant restrictions, including the requirement that the facade be maintained, and a prohibition against becoming undergraduate housing.

Enter Colin and Deanna Crossman, who met a few years ago while both were Duke grad students buying and fixing up rental properties around the Bull City. Still the owners of a significant number of rental properties in Walltown, the Crossmans decided to purchase the Kings Daughters Home and transform it into a bed and breakfast.

A concept that makes tremendous sense: located across the street from Duke's East Campus, the site is well-suited to attracting prospective and current students and their parents, as well as Duke affiliates visiting the area on university business -- not to mention Trinity Parkers looking to use the inn as a virtual guest bedroom for visiting friends and in-laws.

BCR had a chance to visit the KDI over the Martin Luther King, Jr. holiday weekend and got a tour of the space from the Crossmans.

Who, mind you, aren't exactly sitting back pored over spreadsheets planning the business; in fact, they're participating heavily in the construction project themselves. Deanna is a licensed general contractor, and besides subbing out much of the work themselves to make the budget leaner, both Crossmans are putting sweat equity into the project as well. Center Studio Architecture has provided architectural and design services on the renovation effort.

The home's first floor had been social space and dining in the building's previous life; it remains so in its new one, containing a parlor and dining spaces. A portion of the south parlor adjacent to the grand staircase will become the front office/check in area, with the commercial kitchen on the first floor's northeast corner remaining the source of meals for the now-nightly guests of the inn. 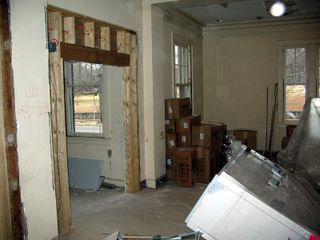 The grand staircase itself looks remarkably different from the last time I toured the inn (about a year ago, before the demolition began.) 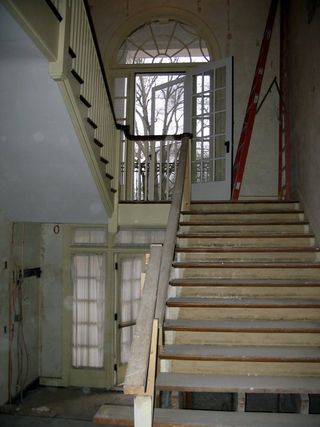 The upstairs and the buildings 1950s-era annex to the east of the Buchanan-fronted original home house many of the guest rooms; 17 in total, with some of the one-time small rooms connected to each other to make larger suites. 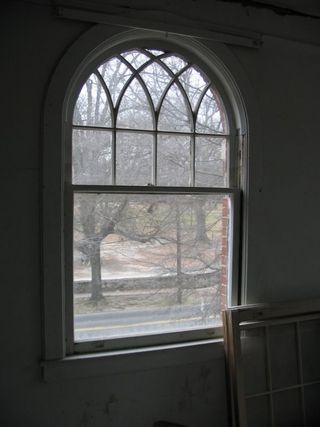 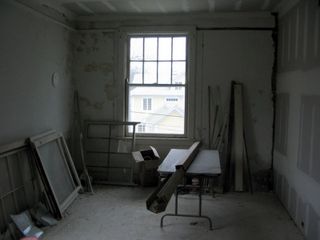 In most cases, the original above-door windows survive, one of the touches of the original construction; the rooms will also continue to maintain their historical nameplates, signs of the charitable fundraising that helped defray the initial construction costs of the inn, and which will persevere as the names of many of the rooms in the inn. 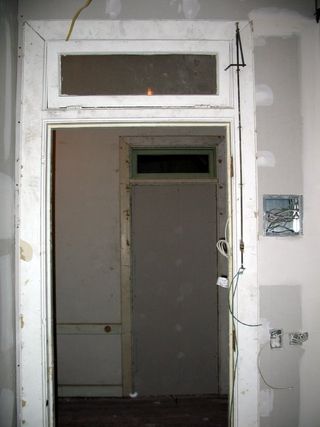 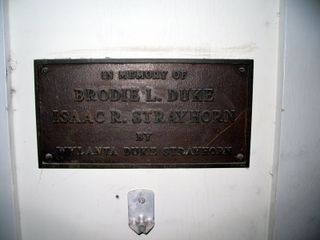 The second-story sunroom in the original end (facing Gloria Ave.) will become part of the Trinity suite, and can be connected to the Saunders room for a larger group like a family. 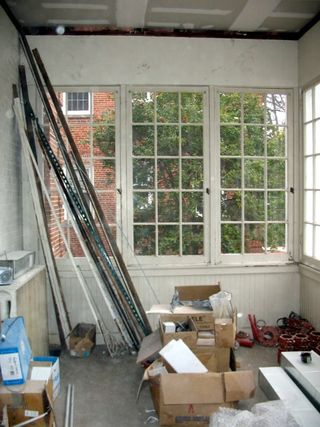 The auditorium on the annex's lowest level offers ADA access to the inn from Gloria, as well as a room that's suitable for event purposes. The newly-drywalled room little resembles the formerly paneled space; the period acoustic ceiling tiles are gone from the room seen by many residents during the old-age home's going-away sales, replaced by a brighter-feeling space being wired for flat-panel TVs and other amenities. 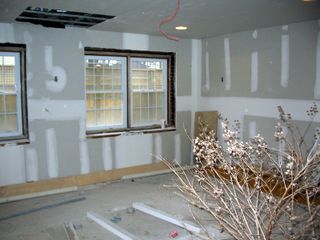 Behind the inn sits the primary parking lot for the facility. It marks an early use of pervious concrete in Durham; the material, which looks almost gravel-like to the untrained eye, percs water much faster than most surfaces and reduces the impact of run-off. 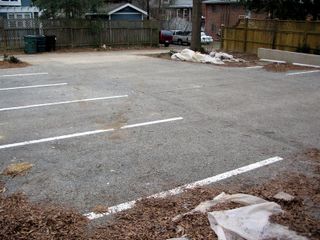 I didn't take photos of what was, to me, the most impressive part of the tour: the massive loft apartment the Crossmans are building in the home's former attic. The large half-moon windows in the attic will serve the backdrop to everything from a home office to the large spa tub being installed in the master suite, with a large open living/dining/kitchen in the steel-beamed center of the attic providing a massive main living area. Here's a photo from the Crossmans' construction blog: 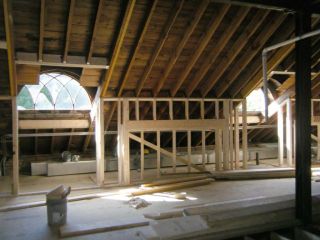 Meantime, the rooftop of the Kings Daughters annex building is on its way to becoming a rooftop deck, with views to the southeast of Brightleaf Square, West Village and downtown.