NYT on Ben Benson's: More background on the ATC delay?

It's a rough day for the Bull City in The New York Times today.

First, we have the unfortunate relegation to a second-tier market in the release of some top-shelf, award-caliber films, as dourly noted by Sam Stephenson of Duke's Center for Documentary Studies; major film studios' more cautious releases of Oscar candidates has meant 'Revolutionary Road' hasn't hit Durham, though Stephenson adds that "we usually do pretty well here." (Still, take heart, film buffs -- the Carolina and other local theaters have seen the debt of a number of films, including "Synecdoche, New York," "Milk" and "Frost/Nixon" that have been in limited release in other urbs and burbs.)

Next up: on the heels of last week's announcement that legendary New York steakhouse Ben Benson's would be delaying its Bull City arrival in the American Tobacco Campus, though, comes an interesting tidbit from the Old Grey Lady's Dining section, which today interviews the long-time restaurateur on what life's like in running a major steakhouse in a down economy:

“Because of our portion size, there’s been more sharing,” Mr. Benson said. “Across the board, people are ordering less. Our party room has been empty some nights, which is rare this time of year. Our pre-theater is off on the weekends. Radio City cut back on their shows and we feel it.”

I appreciated his honesty. But he doesn’t have a crystal ball. “In the ’89 recession we were resistant,” he said. “After 9/11 we bounced back. But this is lingering. Last summer, we were supported by the Japanese and European tourists who thought we were an inexpensive restaurant. I’m concerned about whether they’ll be back this summer.”

All things considered, though, he’s doing pretty well. “I have a loyal base,” he said. Even his customers at Lehman Brothers, now Barclays, in the building upstairs, and UBS, across the street, are still coming, especially at lunch. “People who usually go to steakhouses every other week now are going once a month,” he said. “This place may not make any money next year, I don’t know. I held back money this year, in case. However we got through before, we’ll get through again.”

Though the article makes no reference to Benson's Durham plans, this fits the reports from last week that Ben Benson's pause is related to the economic slowdown -- making the restaurant's debut in Durham a matter to check in on once macroeconomic trends improve, it seems.

Backstage at the Revolution 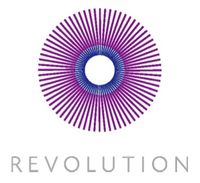 In the BCR household, the talk of the last few days has been our dinner Friday night at Revolution -- which was one of the single best dining experiences we've had out anywhere in a very, very long time. We were doubly impressed at both the food and the terrific service given the restaurant's just opened. The folks over at Carpe Durham checked out the new establishment and had a very good experience as well.

Sarah from Revolution was kind enough to give BCR a tour of the restaurant earlier this week, during the prep time just before the dinner-only space opened for the night.

The Revolution fills up the first floor of downtown's old Baldwin department store quite nicely. It was only two years ago that the large lobby of the Baldwin was a big open space, housing the occasional downtown master plan charrette here, the odd Georges Rousse art installation there. Between then and now, the stylized "B" door handles and the original flooring remains; everything else is fairly well re-imagined in a bright, modern style.

Continue reading "Backstage at the Revolution" »

Time to wrap up the Fishwrap for '08 with a last look for the year at today's newsprint.

A key story in yesterday's news day was a meeting between City leaders -- including D.P.D. Chief Jose Lopez, deputy Chief B.J. Council, a slew of other officers, and City Councilman Mike Woodard -- and representatives from a number of urban core neighborhoods to discuss perceived increases in crime levels in recent months.

The N&O attended, and out of a two hour meeting, somehow managed to find quotes only from the very first speaker, one assistant chief of police, and the organizer. Still, this stumble-to-the-goal-line seems to have beat the H-S, which managed to report that the meeting was scheduled, but couldn't quite get a reporter there (that we could see.)  Though, of course, the neighborhood canvassing before the meeting made for a great photo op, and therefore, coverage (H-S, WRAL).

We'll have a wee bit more to say on the meeting later today here at BCR. Elsewhere in the Durham news universe:

Christmas and Hanukkah have passed us, but hey, it's still the arrival of the New Year -- which means it's a perfect time to pick up a new calendar for 2009. (Unless you really, really want to use that Bad Cat calendar somebody gave you.)

The Durham Convention & Visitors Bureau comes to the rescue again with its 2009 Durham historical calendar, an annual publication of the DCVB, and one which this year focuses on the theme of the arts in the Bull City, inspired by the recent publication of "Brighter Leaves: Celebrating the Arts in Durham, NC."

If you're not familiar with it, the DCVB calendar provides "this day in history" news and notes about Durham, an interesting way to know what's happened in both the recent and distant past of our city, which celebrates its 140th anniversary this year.

You can pick up the calendar at Cozy, The Regulator, Through This Lens, Wentworth & Leggett Bookshop, and Morgan Imports, or at the Northgate Mall service desk -- or, from the DCVB's retail web site.

Not that today's local news is much brighter for at least two local institutions, though NBAF opponents can continue to breathe easy:

Kudos to Jim Wise over at the N&O for breaking this news article on the N&O's Bulls Eye blog and in the paper's online edition late Monday:

Minor League Baseball is not pleased with progress on the Durham Athletic Park's renovation, and City Manager Tom Bonfield has called for a report by next Tuesday.

Specifically, O'Conner mentioned construction delays that have "affected the enthusiasm and support" for the project; fear that Minor League Baseball could be blamed for the delays; and that the work performed at the DAP is of poor quality....

"This is a very serious matter for the project, the city’s relationship with Minor League Baseball and the City’s credibility as a whole," [Bonfield] wrote in an e-mail to several city administrators asking for the report.

Coming in the wake of the failure of the prepared foods tax -- a move which, according to the rumor mill, may have been seen by some minor league baseball enthusiasts as a sign of low interest among Durhamites for a baseball museum, regardless of who pays for it -- the impact of this item is something to watch.

Look for all eyes to rest on how Bonfield -- himself a one-time member of the Yankees' farm system -- handles what looks to be some high heat on this one.

Read more over at the N&O.

Rumor: Bean Trader's to open a coffee kiosk at Alivia's?

The experiment with breakfast hours at Alivia's Durham Bistro was scaled back a bit in recent months, with the restaurant/cafe having moved their opening hour back a bit to 8:30 in the morning most weekdays. Sitting unused outside: a bright-green stand on the patio, which serves patrons many evenings but has been shuttered for the morning traffic.

Our friends at Carpe Durham are tracking down a rumor, though, that this stand may be getting new morning life, with a reported partnership with Bean Traders Coffee possibly bringing java and espresso to Alivia's in the morning via that very outdoor stand.

Read more (including the comments) over at CD. No word on whether Alivia's will be investing in a Magic Fog Cloud MachineTM to spew out an opaque, Bay Area-style rolling mist along the Main & Gregson so that the Brightleaf Square parking security detail loses their visual on you as you sneak into Alivia's after parking in the free-but-restricted lot that's oh-so-convenient if you want to pop in to the establishment -- for just a minute, really, Mr. Secrity Guard!

We talked here a few weeks back about the proposal to take the DATA bus service fare-free, a long-desired item by the program's administration but one which has at times seemed to meet a wary eye on the City Council side of the budget ledger.

One of the big debates that erupted at that time was what impact going fare-free would have on the entire bus system -- especially in light of claims sometimes made about the drastic increase that such a change purportedly had on the Chapel Hill bus system some years ago, 43% by one Chapel Hill councilwoman's estimate.

H-S metro ace Ray Gronberg noted in the comments here the difficulty of teasing out how much of an impact the fare-free change itself had on total ridership, versus the presence of other changes simultaneously:

As for fare-free, the ridership increase is real but offers a whole lot more in the way of analytical complexity than the N&O story you quote makes out. First, simultaneous with the launch of fare-free, CHT also layered on a bunch of extra UNC-funded express service to the outlying park-and-ride lots. The people using those routes accounted for part of the ridership increase. Also, an unknown fraction of "new" riders were people who before the advent of fare-free were walking or riding bikes. Bottom line, only part of the immediate ridership increase was attributable to fare-free. The town's never really tried to tease out which part because DOT and the feds for purposes of capital funding don't really care -- all they look at is the bottom-line number.

Meanwhile, another BCR reader noted that Chapel Hill took at least an introductory look at the question, in a paper produced internally, a version of which has made its way to us here at Bull City Rising.

So: what do the data tell us about what's actually going on with fare-free service, and the impact it's had on our neighbor's streets?

The short answer: there's a lot more study needed to understand the impact that Chapel Hill saw, or what impact Durham might expect. But a comparison of DATA and Chapel Hill Transit data, using publicly available material at the National Transit Database, supports the argument that you cannot examine the impact of fare-free service without looking at transit expansion -- and that Chapel Hill and Durham seem to have different ridership and transit use characteristics.

It's been a quiet holiday on the newsfront, but the gears of local professional journalism -- LoProJo if you're in the know -- turn again come this morning:

SOME-body got freaked out when their radar detector went off...

Someone vandalized a state Highway Patrol cruiser set out as a decoy to deter speeders along Interstate 85 in Durham overnight Friday.

Troopers placed the car along I-85 North, near Glenn School Road, Tuesday, said Patty McQuillian, a spokeswoman for the North Carolina Department of Crime Control and Public Safety. A passing motorist called authorities at 7:19 a.m. Saturday to report that the car had been vandalized.

The vandals busted out all the car's windows with a baseball bat and slashed its seats, McQuillian. The vandalism was so bad, it looked like the cruiser had rolled over in a wreck, she said.